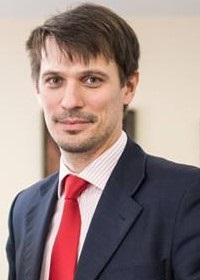 Analyst,
The Jamestown Foundation,
The USA

For quite a while Russia has been waging an undeclared hybrid war against the civilized world. For some this new “cold war” is totally invisible, Moscow’s operations being mostly undercover. In most countries we see attempts at hacking people’s minds, with the help of an array of propaganda methods, varying from targeted spreading of rumours and conspiracy theories in social networks to large-scale influence via RT and Sputnik, the Kremlin’s TV networks. These propaganda mouthpieces (for it would be wrong to call them mass media) have seven-figure budgets, despite the plight of Russia’s economy. Notwithstanding international sanctions, the Kremlin still has enough cash from its oil and gas revenues to buy the favours of European politicians, experts, and journalists. These, in their turn, lobby Russia’s projects and distract attention from the Kremlin’s secret operations. They spread Russian narratives via mass media, discussion panels, international organisations (like PACE), and they help the Kremlin to promote its own political agenda at the UN Security Council

It looks at times that one cannot stem the tide. No European country can afford spending so much on counterpropaganda. Same time trying to fight the Kremlin with its own weapons, we risk compromising our democratic principles. Meanwhile, Russian-made conspiracy theories (ranging from the allegedly proven downing of MH17 by Ukraine, a “civil war” in Ukraine, and “fascists” in power in Kyiv to artificial origin of coronavirus in the US army research laboratories, to name just a few) look much more appealing and spread much faster than they are debunked. Fake news busters, like EUvsDisinfo (under the European External Action Service) or the Ukrainian volunteer-based StopFake project, have considerably smaller budgets. Besides, they are continually being blocked on the internet and accused of partisanship, prejudices, or connections to radical groups. Meanwhile, the Kremlin efficiently (ab)uses democratic traditions for its own ends, as it spreads propaganda camouflaged as “alternative opinions which need to be heard”. By hacking into freedom of speech, Russians create and deepen divisions in societies, inspire public distrust of governments. It is for a reason that Russian secret services can be traced to any major unrest, from clashes between Donald Trump’s supporters and opponents to the Yellow Vests protests or artificial rallies in Kyiv.

Yet there still is room for hope. Back in 2014, most military experts would not wager that Ukraine’s Armed Forces (UAF) could hold on longer than a fortnight. However, our troops and volunteers proved able to work miracles, Russia’s offensive stalled, and “Project Novorossiya” (which was meant to engulf a half of Ukraine) was only implemented in Crimea and partly in Donbas. The UAF, despite numerous challenges and insufficient financing, have been growing and gaining strength. Most EU states have been able to see how dangerous Russia is, and are also brushing up their armies’ combat power. Ukraine has been consistently following the path towards NATO, recently being recognised as the Alliance’s Enhanced Opportunities Partner. Despite all arguments, the Alliance’s role in Europe is growing.

Few believed that a ban on Russian social networks in Ukraine would work. Some called it an encroachment on free speech, others complained about such measures being unrealistic. Yet the ban works, as four years’ experience proves. Ukraine was able to block a major channel for spreading propaganda, stop FSB from collecting Ukrainian citizens’ personal data, and cause Russian media companies to lose a part of their advertisement revenues.

No one believed Russia’s TV channels could ever be taken off the air. Yet it was done, and not in Ukraine alone. Estonia implemented sanctions against Sputnik. Lithuania and Latvia banned several TV channels that belong to the Russian government-owned broadcaster RT. Free speech did not suffer in any of these instances, they only concern blocking fake news and propaganda.

With years sanctions against the Kremlin have become stricter, more comprehensive, and they take up the resources Moscow badly needs for its new military escapades. Kremlin-controlled hackers used to be an epitome of elusiveness and professionalism, yet they were defeated time after time (think the brilliant exposure of Russian spies by the Dutch counter-intelligence). The global community barely reacted to the poisoning of Alexander Litvinenko in 2006 and rather feebly reacted to Russia’s attack on Georgia in 2008. Yet it showed more resolve in responding to the invasion into Ukraine in 2014 and to the GRU’s attempted poisoning of Sergei Skripal. At the onset of the COVID-19 pandemic some sources with ties to the Kremlin were extensively (and mostly unrestrictedly) spreading fake news about the coronavirus. Yet now most of democracies have launched a string of government- or volunteer-supported projects which proved able to cure this propaganda malady with objective and reliable information.

Obviously, Russia’s hybrid warfare methods remain efficient. The Kremlin makes good use of our weaknesses. Nevertheless, Ukraine and other European nations have proved that united we can not only resist, but also efficiently counteract Russia. Losing is not an option.