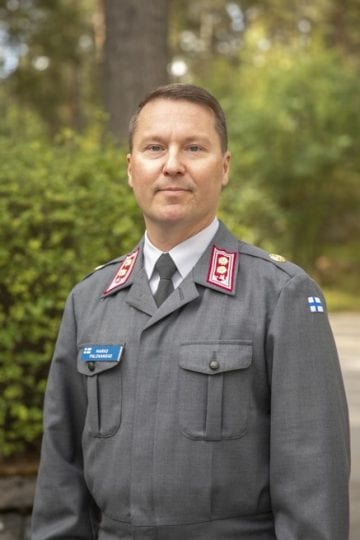 The anti-government protests have continued in Belarus and the democracy movement has strengthened. At the same time, the security forces have violently dispersed the protests. The events also have security repercussions for the Baltic Sea region. The escalation of the internal crisis in Belarus would affect the security environment of the entire Baltic Sea region, and thus also of Finland. Therefore, Finland cannot remain indifferent to the events of the near-future in Belarus. These events are also a major concern for other Nordic countries and the Baltic countries.

Russia’s role is central to the crisis. Belarus’ geostrategic position is an essential issue for Russia. Currently, President Lukashenko’s unstable regime is trying to avoid a foreign intervention. An escalation of the crisis could lead to a violation of Belarus’s sovereignty and human casualties. For Belarus, the biggest risk would be a strong Russian intervention and a regime change organized by its neighbor. The use of military force is possible but unlikely, as Russia and Belarus are both members of the Collective Security Treaty Organization. Its purpose is to collectively deepen the military and political co-operation of the member states. Under the agreement, the Member States will refrain from using force against each other, and an act of aggression against one Member State is an attack on all of them. The people of Belarus consider Russia to be a reasonably friendly country. Therefore, a large-scale or a direct military intervention is not the most likely scenario.

The position and situation in Belarus are reflected in Russia’s internal and external military policy. As an ally, Belarus generally appears to be a sovereign state in Russia’s foreign military policy. As a border country, Belarus’s position is primarily defined by the perceived threat posed by NATO, but at the same time its sovereignty is at least partially limited. Russia may see the area of Belarus as important simply because of its vicinity to Kaliningrad, and Kaliningrad’s defence. In the event of a possible crisis establishing a land connection via Belarus to Kaliningrad may be essential to Russian interests. Belarus is an important area for Russia: both as part of Russia’s strategic deterrence, and as a part of Russia’s internal military policy. Belarus’s position in Russian military policy is primarily determined by the threat posed by NATO.

The countries of the Baltic Sea region have also reacted to the destabilization of the security environment. For example, at the end of August 2020, Sweden raised its defense readiness due to increased Russian training activities, and due to the unstable situation in Belarus. The situation is actively monitored in all of the Nordic countries with the aim of analyzing the situation in case possible readiness actions need to be taken. At the same time, NATO has increased its presence in the eastern part of the Alliance. Four multinational battlegroups have been established in Estonia, Latvia, Lithuania and Poland. Multinational battlegroups led by the United Kingdom, Canada, Germany and the United States are in high combat readiness. The increased presence of NATO forces in the Baltic countries is a sign of increased deterrence. The combined strength of all of the four battle groups is about 5,000 soldiers.

A successful transfer or power in Belarus in the near future, and maintaining the security balance in Eastern Europe would be a significant step towards stability. In the long run, a stable and democratic Belarus would be a factor in enhancing European security. The problem is the short-term, as continued instability and the increased military presence and growing troops strength of different actors in the Baltic region are a threat to the foundations of the entire Western security architecture.

The future of the Baltic Sea Region does not mean constant change. The future includes quite an extraordinary number of permanent phenomena, issues, and actions. It is especially important to identify those things that will remain the same when anticipating changes. The changes come in second place. An image of the world of the future can be built based on these. At the heart of the change are the various threat perceptions and the opportunities to reduce them. The threat picture is not necessarily a state, but it can be any factor interpreted to be a risk factor. The threat perceptions and changes in them place demands on the actors on how to prepare to combat the threat. In the future, increasing economic interdependence will force the countries of the Baltic Sea Region to tighten their partnerships and alliances, and to move to a more holistic operating culture. Interdependence is not only economic, but also political and military in nature.