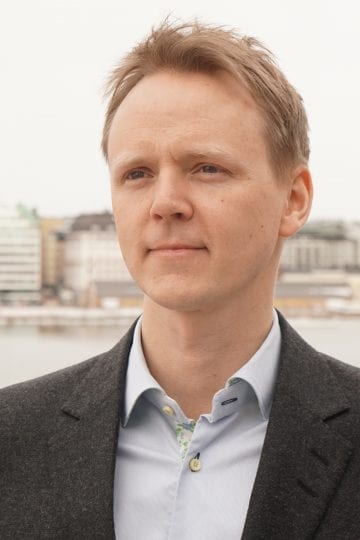 Despite significant efforts by HELCOM and its Contracting Parties, the Baltic Sea is not in a good environmental status. Decades of emissions and other anthropogenic impacts, combined with a low rate of water exchange, mean that any improvements to this sensitive brackish sea area are slow to emerge. The Baltic Sea has a large catchment area – four times the sea – hosting 85 million inhabitants, widespread traditions of agriculture as well as heavy industry. However, when considering the human pressures affecting the Baltic Sea environment, shipping is not to be neglected.

Automatic Identification System (AIS) data shows that there are typically around 1500 IMO registered ships en route in the Baltic Sea at any given moment.  The number of individual port visits per year is in the range of 300 000. General cargo ships and tankers are the most common ship types, while the majority of port visits is accounted to passenger ships, notably because of several frequently plied ferry routes in the region.

With ships come effects on the environment. Although shipping is the most efficient and environmentally friendly mode of transport, its impacts cannot be neglected, especially in light of the increasing transport activities. Emissions to the air – such as SOx, NOx, particulate matter and CO2 – cause some of the most obvious effects on the environment and human health. Discharges of oil, sewage, grey water, chemicals and even garbage are also associated with shipping. In addition, shipping may contribute to the spread of invasive alien species through ballast water and biofouling on ships’ hulls. Awareness of the effects of underwater noise and disturbance of the seabed by shipping has also recently been raised among scientists and policy makers.

Due to its international nature, shipping is predominantly globally regulated through the International Maritime Organization (IMO). Over the past few decades, a number of international conventions and other instruments have been adopted and implemented in order to limit the risks of accidents and reduce the harmful impacts on the environment and human health.

It is nevertheless important to remember that progress can also be made on the regional level. Within the framework of the Helsinki Convention and the Baltic Marine Environment Protection Commission (HELCOM), the Baltic Sea riparian states and the EU have since the 1970s been proactive in addressing this important matter. Recent and very significant examples in this regard are the negotiations within HELCOM to both designate the Baltic Sea as a special area under Annex IV (sewage) of IMO’s MARPOL Convention, and to a NOx emission control area (NECA) under Annex VI (air pollution and energy efficiency) of the same convention, which is the main international treaty covering prevention of operational and accidental pollution from ships. After thorough groundwork in the form of studies on the effects of sewage and NOx emissions respectively, and negotiations in order to agree on a joint position, the HELCOM Contracting Parties submitted joint proposals, including the necessary justification, to the IMO’s Marine Environment Protection Committee. In the case of NECA, the proposal was submitted jointly with the North Sea countries, as air emissions spread widely and affect the environment and populations beyond the sea areas where they are emitted.

After long negotiations within the IMO, both proposals were eventually agreed upon. Amendments to MARPOL were adopted and more stringent rules were put in place in the Baltic Sea for sewage discharges of passenger ships and NOx emissions of all new ships. Together with the previously adopted Baltic Sea special area for sulphur emissions from ships, harmful effects on the inhabitants of the Baltic Sea countries will be reduced. Importantly, these new requirements will also lower nutrient input from ships, thereby taking an important step towards alleviating eutrophication of the Baltic Sea. Eutrophication caused by excess nutrients is considered to be the most significant environmental problem in the Baltic Sea, affecting inter alia biodiversity and tourism and estimated in the HELCOM (2018) State of the Baltic Sea – Second Holistic Assessment – to cause losses of up to 4,4 billion euros annually to the economies of the coastal states.

Emissions of greenhouse gases (GHG) from shipping are another topical issue on the agenda of IMO as well as HELCOM. Novel innovations are undoubtedly needed in order to reach reductions consistent with the temperature goals of the Paris Agreement. The Maritime Working Group of HELCOM has a dedicated sub-group bringing together industry and policy makers in order to facilitate the development and uptake of green technologies and alternative fuels for shipping. Discussions include e.g. options for economic incentives and recently a reporting mechanism has been set up to gather information on regulatory and technical obstacles for implementing cleaner alternatives in shipping.

The Baltic Sea Action Plan (BSAP), adopted by the HELCOM Ministerial Meeting in 2007 aims to reach good environmental status for the Baltic Sea by 2021. As it is becoming clear that this will not be achieved, the BSAP is now in the process of being updated. The HELCOM Secretariat is working hard together with the Contracting Parties in order to achieve commitments on ambitious actions to protect the Baltic Sea and, at the same time, facilitate the inclusion of ocean-related UN Sustainable Development Goals, Aichi targets and Marine Strategy Framework Directive descriptors into the process. Maritime related matters are sure to be included in the updated BSAP, which is expected to be adopted at the Ministerial Meeting in 2021 and to set an ambitious strategy for HELCOM for the coming years in working towards a good environmental status of the Baltic Sea.