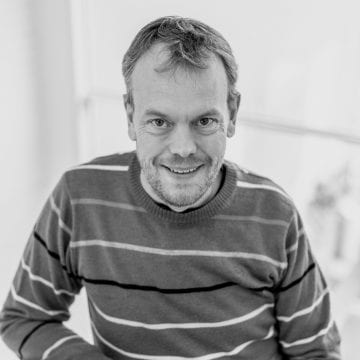 Standing before Turku Cathedral one will see several historic statues and monuments that hint at Turku’s proud history. You may even notice a new milestone in front of the cathedral proclaiming Nidaros 1200km.

Nidaros Cathedral in Trondheim is the destination of all St. Olav pilgrimage routes; indeed, it was as important for pilgrims in northern Europe during Middle Ages as Santiago de Compostela or Rome.

St. Olav Waterway was officially opened on the 25th of May 2019 when over forty walkers left Turku Cathedral with a parchment. The message contained within was a message of friendship from Finland’s Archbishop Tapio Luoma to the bishop of Trondheim and the people of Norway. It was carried by foot and over sea for two months by a rotating band of pilgrims, read out every day in small villages until it reached Nidaros Cathedral on 29.7, St. Olav’s Day. This was the start of a new long-distance hiking route, but one steeped in a common Nordic cultural heritage that connects communities and illuminates trading and pilgrimage routes of the past.

Every long journey starts with a small step and all great endeavours start with a dream. The path is 1200km long and the dream was almost as long. A small group of enthusiasts from the small village of Nagu in the Finnish Archipelago dreamt of re-establishing an old heritage route and a historical connection over 3 Nordic countries to Trondheim. Through perseverance, a three-year Central Baltic Interreg project with partners from Turku and the Turku archipelago, Åland Islands and Sweden created an extension of the St. Olav pilgrimage routes to Finland.

The Cultural Routes of the Council of Europe were launched in 1987 to promote pan-European cultural heritage in a qualitative and accessible form to a wider public. There are currently 40 routes which undergo a strict evaluation ever four years, The Routes of Saint Olav Ways were accredited in 2010.

Pilgrimage is experiencing a modern resurgence, an interest that has not been seen since the Middle Ages and whilst modern pilgrimage is a reflection of past traditions, the renaissance has also created new traditions that connect communities and travellers through a common theme. We see the route not as a product but rather as a destination that spans borders of many regions and countries. This imposes challenges as well as opportunities as marketing budgets and tourist information are traditionally focussed on regional areas.

Whilst developing the trail focus was placed on creating services for long-distance hikers and pilgrims who are a new target group for the area. This in turn gives scope for new business models and opportunity for small local business. Over 50 workshops and training events were held for both the local population, SMEs, and potential new businesses in the archipelago. Most visitors have been domestic but international interest has been good from individual travellers and tour operators.

In addition to tourism development, cultural routes need to involve young people in both the development and activities along the route. There are a series of activities and a pilgrim’s passport for children developed in cooperation with local school children and available free for visitors. The activities encourage families to visit churches and other historic sights along the route and complete small walks and challenges.

The route brought new tech to the archipelago in the form of an online platform and map database. This gives a seamless information channel to visitors in four languages and a selling platform for packages and individual experiential products.

St. Olav Waterway was awarded best product development in the 2020 Scandinavian outdoor travel awards and was accepted into Ruritage, a research and best practice sharing project run by UNESCO and The University of Bologna.

Tourism is a fast-changing industry, even more so under the Covid-19 pandemic. Travellers are increasingly searching for genuine experiences in safe, rural landscapes. They are looking for meaning in their holidays which has seen a boom in transformational travel of which pilgrimage is a part. Also, visitors wish to get a deeper contact to both the local culture and heritage of the area they visit.

We are thankful to a two-year grant from Finnish Ministry of Education and Culture. This enabled us to reach a broad audience during the pandemic, virtually through livestreams, 360 videos of the churches along the route and a walking app. And, future exhibitions, art projects and collaboration with youth groups for 2021 and 2022.

The journey does not end here. St. Olav Waterway is a step towards recreating Olav Haraldsson’s last journey from Novgorod to Stiklestad in Norway where he died in 1030. A dream that will be realised in time for the St. Olav anniversary in 2030.