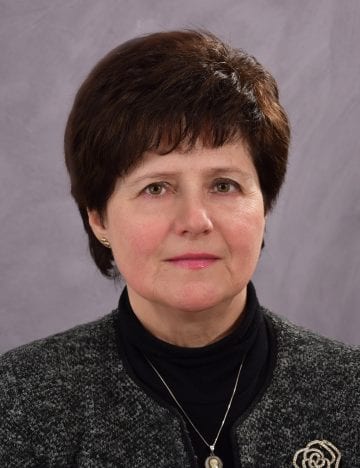 In November 2018, French President Emmanuel Macron and German Chancellor Angela Merkel said that the EU needs an autonomous European army. This initiative provoked a strong reaction of European and U.S. politicians, although the idea of formulating a unified defence policy and developing an autonomous defence potential of the European Union has been on the agenda for over 60 years. Not less heated discussions were held among the supporters of the strategic autonomy of the European Union, the need for which was proclaimed in the EU Global Security Strategy. (The EU Global Strategy for the European Union’s Foreign and Security Policy. Shared Vision, Common Action: A Stronger Europe. From Shared Vision to Common Action: Implementing the EU Global Strategy, 2016).

The EU’s striving for strategic autonomy causes a mixed reaction among different politicians and experts. Some assert that: firstly, the EU, in comparison with NATO, has no money to build up the defence; secondly, disunity between old and new Europe is an obstacle to joint actions; thirdly, European countries have no will to independence and they are just doomed to remain an appendage of the United States. There is a degree of emotion in these critical statements. If Europe is doomed to be dependent on the United States for security, there is there is no cause for alarm about its military autonomy. And if there are objective prerequisites for this, they should be considered objectively.

According to experts (Arbatova, 2019), when criticizing the EU’s desire for independence in the military sphere, there is no understanding of the scale of the objective underlying changes that have occurred in Europe and in the world over the last 25 years. During the Cold War, transatlantic solidarity was based on common strategic interests of allies, primarily in the area of security, which was viewed through the prism of bipolar model of international relations. In this context, the very notion of NATO was identical to that of the West. The common and main interest of the allies – military and political standoff with the USSR and the Warsaw Pact countries – was inextricably bound up with the values common to Western liberal democracy and a common European identity.

The elimination of the threat of the global conflict has become a catalyst for European integration in the field of the common foreign and security policy, as well as the common European defence. It revealed a deep contradiction between the strategic goals of European integration, objectively leading to the independence of Europe from the United States in the area of security, and traditional Atlantic solidarity. Against the background of crisis in Euro-Atlantic relations, the mounting concern of the EU leadership is caused by the growing instability, open and “frozen” conflicts around the perimeter of the EU – primarily in the CIS, but also in Ukraine, the Balkans and the Eastern Mediterranean. They not only fuel international terrorism, but also create a direct threat of uncontrolled escalation of tension in interstate relations.

The dynamics and orientation of the EU defence policy will be largely determined by the EU relations with major centers of power and key partners. These relations are increasingly influenced by a relatively new phenomenon – the global spread of the anti-globalization phenomenon, called populist nationalism. There is a rise of nationalism in different parts of the world, regions and countries, bridging the gap between the nationalist leaders of the West and non-West. Despite its common features, populist nationalism has a pronounced local specificity in three key countries – the USA, China and Russia.

Revision of the EU strategy on China

In China, populist nationalism can be described as neo-imperial nationalism. China’s goal is to catch up and overtake America. Its primary goal is a unipolar world, or at least – a bipolar world, where China would have undeniable political influence. The main components of the political influence of the international center of power are economic and military strength. China’s economic strength is currently beyond any doubt. On March 12, 2019, the European Commission published a new strategy entitled “EU-China – A Strategic Outlook”, in which China is seen not only as a partner, but also as a competitor to the European Union. This evoked a response from the Chinese side. (Quan Quan 全球 眼, 2019).

The relations between the EU and China are cooperative and competitive relations, and in the latter the People’s Republic of China obviously wins. Its economic expansion has penetrated into regions where the positions of the EU countries have traditionally been strong – the Balkans, the Eastern Mediterranean, and Africa. The EU is afraid of not only China’s economic, but also military expansion, in particular, its growing militarization and the role of China as an exporter of modern weapons. China does not demonstrate its military strength but the “pearl string” of Chinese military bases, modestly referred to as strongholds, extends from the South China Sea to Africa. There is a growing probability that China will present territorial claims in the Antarctic, divided between 12 countries in 1959. The Arctic, which is not fully divided, is considered by Chinese strategists as the next Silk Road and also as a detour route to Europe. The appearance of China in these waters means serious strategic consequences for Europe (Godement and Vasselie, 2017).

The report of the European Commission “EU-China – A Strategic Outlook” says: “China’s increasing military capabilities coupled with its comprehensive vision and ambition to have the technologically most advanced armed forces by 2050 present security issues for the EU, already in a short to mid-term perspective. Cross-sectoral hybrid threats including information operations, and large military exercises not only undermine trust, but also challenge the EU’s security and must be addressed in the context of our mutual relationship” (EU-China Strategic Outlook: Commission and HR / VP Contribution to the European Council, 21-22 March 2019).

Strategic autonomy is not only an expansion of military capabilities; it is a catalyst for the formation of common foreign policy goals by Europe. This is the main difference between integration and simple collaboration. Despite the fact that the general defence policy of the European Union has been developing very carefully so far, the steady nature of this trend should be noted.

Strategic autonomy requires a new approach from the EU member states to two main areas: crisis management and protection of their own territory. In the context of globalization in the European Union, there is a willingness to work out compromises and achieve concrete results. Terrorist attacks, an unstable Middle East, China’s economic and political expansion, deteriorating relations with Russia and the election of an “anti-European” US President are mighty boosts in this direction. European leaders recognize that intra-European cooperation is the only way to ensure the security of their citizens and protect their interests in regions strategically important for the EU.

The growing economic and military strength of the People’s Republic of China, together with its global ambitions, will remain an incentive to build the EU’s defence potential, and to the alliance of forces with key partners to meet this challenge.