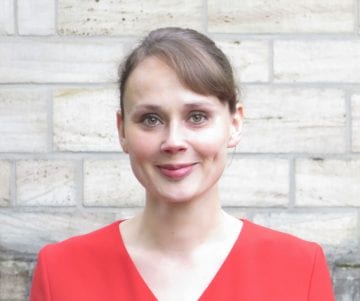 At a time when the world is shaken by the Corona-pandemic, cooperation among states has the potential to facilitate negotiations aimed at finding a common approach in crisis management. Paradoxically, in this difficult time when cooperation among states is more important than ever, we witness some of the most profound conflicts with ramifications for international politics: continuing protests aiming for regime change in Belarus, a war between Armenia and Azerbaijan and the recent poisoning of Alexei Navalny who spearheads the political opposition movement to President Putin are the latest manifestations of tensions in the post-Soviet space which shape contemporary EU-Russian diplomacy.

The purpose of this article is to concisely review the current state of EU-Russian relations without seeking to predict its future. An attempt to do the latter is likely to result in a series of inaccuracies or even fallacies in this multi-facetted and complex relationship which transformed significantly since the end of the 1990s. This review will first identify several key factors which contributed to the worsening of EU-Russian diplomatic relations in the mid-2000s before establishing a hypothesis regarding some factors and events which are likely to shape this relationship in the medium to long-term.

At the core of my monograph is the argument that the transformation of EU-Russian relations from diplomatic courtship in 1999 to increasing contestation throughout the Putin presidencies unfolded on three levels.

First, on a geopolitical level, a narrative led by President Boris Yeltsin centred around Russia’s aspirations for future EU membership but was replaced by the Kremlin’s development of its own integrative framework in the former Soviet space.

Second, on an economic level Russia’s reliability as a supplier of gas for an enlarging EU was questioned after the Russian gas monopoly’s Gazprom’s interruption of supply to Ukraine in 2006. This interruption resulted both in a decrease in the pressure in the pipelines and in supply shortages in several EU member states.

Third, on an ideological level, the formulation of mutually acceptable values as the foundation of EU-Russian relations was difficult for two reasons. On the one hand, the EU was internally divided on developing a unitary foreign policy towards Russia.

Whilst several heads of government of EU member states as well as several EU officials sought to develop good bilateral relations with Russia based on mutual gains such as cooperation in energy policy for instance, others were more outspoken in their dialogues with Russia when raising issues such as indications of violations of the freedom of speech. On the other hand, the EU’s difficulty to formulate a consistent foreign policy towards Russia was compounded by some structural factors, such as the changing European Council presidency which chaired each biannual EU-Russia summit. Given the annually changing chairmanship of this presidency, the Russian representatives at these summits were faced with a different interlocutor than at the previous summit which might hamper the development of a continuing joint diplomatic agenda. This structure has also an impact on establishing mutually agreed values and their implementation in EU-Russian diplomacy. These structural impairments are likely to shape the future development of EU-Russia relations.

In addition to some key factors which shaped EU-Russian relations in the past, an additional factor which currently determines the relationship needs to be taken into consideration. Since July this year Germany is holding the chairmanship of the European Council Presidency. Alexei Navalny, the leader of the opposition towards President Putin was put into an artificially induced coma after he had allegedly been poisoned with the nerve agent novichok. Since Navalny’s treatment in hospital in Berlin, several German Ministers and representatives within EU institutions deliberate on the further imposition of sanctions against Russia which had been previously denounced by a group of Russian officials since the emergence of the Ukraine crisis in 2013.

Even though one should refrain from predicting the future development of EU-Russian diplomatic relations, diplomatic tensions between individual EU member states and Russia are likely to affect the future of EU-Russian diplomatic relations in the short-to medium term. The relationship will likely be shaped by both occasional tensions in Russia’s diplomacy with an individual EU member state and the EU’s challenge to develop a unitary approach in seeking to mediate a mutually acceptable and sustainable solution.