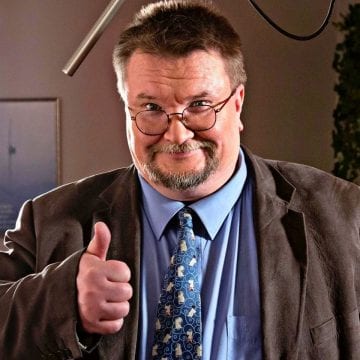 The end of the Cold War period opened up the Soviet archives for Western historians.

Unfortunately, this “happy hour” lasted only few years. When Vladimir Putin became a president of the Russian Federation, the Soviet archives with more sensitive material were closed again from foreigners.

Luckily, the Soviet archive revolution continued in Ukraine in 2014. Thanks to the new democratic regime, the Ukrainian archival system was liberated. In 2015 the new government declared Soviet-era security classifications invalid and opened up the former KGB archives in Ukraine.

However, the archive’s current management had to wrestle with multitude of problems including vicissitudes of management, personnel, reclassification and bureaucracy. By the new law, all documents relating to Soviet security agencies must be held under one roof – in the State Archive of the Ukrainian Institute of National Memory. But so far, this archive exists only in legal terms: it still needs to find appropriate premises and hire staff. Therefore, they are located to Ukrainian secret police buildings.

GDA – SBU and papers of perestroika

I have been able to work at that special archives since 2014 with the community of international scholars. The leadership and the personnel of this archive has been most cooperative with my research and I want to hereby express my deepest gratitude to these good people working there.

In my presently published monograph “Suomi hajoavan imperiumin sylissä” (Finland in the bosom of the decaying empire) I have dealt with the years of the perestroika in Ukraine. This monograph utilizes the material and reports send by the chairman of the Ukrainian KGB to the highest leaders of the Ukrainian Communist Party during the years of perestroika and they can be found from the Fond 16 (Фонд 16; 2293 одиниці постійного зберігання; 1930–1991 рр. Довідковий апарат: здавальний опис, тематична картотека, історична довідка – Секретаріат ГПУ–КГБ УРСР). Moreover, the research also include the materials and reports from the Chernobyl-nuclear plant and the operative files from the local investigators responsible to examine the 1986 disaster.

This fascinating material from archives gives us a unique possibility to investigate the processes of disintegration of the soviet system at Ukraine in detail. According to the material used in the monograph, the Ukraine was “lagging behind” many years. The reason was simple: the Communist Party of the Ukraine and Ukrainian KGB apparently knew how sensitive and precarious the political situation was in Ukraine and tried to isolate Ukraine. The plan did not work – in 1987 situation changed radically and the box of “perestroika Pandora” was opened in Ukraine. The dilemma of the nationality question was exploded together the worsening economical situation. People started to activate themselves politically and KGB realized that it could not tame the democratic movement anymore.

According to this material, it seems be clear that the local KGB was very aware concerning the worsening situation inside Ukraine. The security police had infiltrated to all “non-official organization” and NGO’s and was able to gather information straight from closed dissident circles.

It also tried to “toll the bells” and wake up the local party leadership concerning the dangers of the situation. However, the highest leadership in Moscow did not show the “green light” and the “political moratorio” which the local KGB demanded, was never executed.

This monograph also investigates the insider material of KGB from the special periodical magazine “Sbornik KGB SSSR”. This publication was a very secretive instrument of information to only the very selected cadres of the espionage and security work inside the Soviet Union.

It seems that the editorial board of this periodical magazine made a real attempt to reform the activities of the Soviet secret police in 1990s. It opened the sensitive discussion and tried to inspire new ideas inside the KGB. However, the result was a total failure and it seems that according the periodical, the KGB made a sudden turn to the more conservative direction.

This material gives us also the possibility to investigate the last moments of the Soviet Union in Ukraine with more detail. According to this archival material, the local KGB seemed to know the plans of the Yanajev’s rebellion but when the coup did not work, the local Chekisty were willing to defend the cause of “national sovereignty of the Ukraine. After the victory of Yeltsin the secret police leadership wanted to serve the new democratic forces and even demanded that tactical nuclear weapons should be preserved in Ukraine.