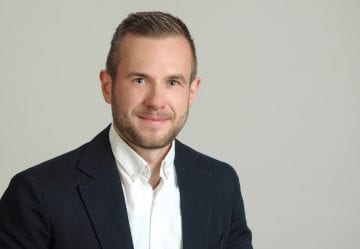 More than six years ago the beginning of the war in Ukraine, along with the Russian annexation of the Crimean peninsula, led to a caesura in Europe, eventually catapulting the awareness of national and allied defence in particular back on the security policy agenda of its capitals. The consequences for the Baltic Sea region are apparent foremost by the NATO re-insurance for its eastern allies (e.g. through the Enhanced Forward Presence, EFP) or the grown attention for naval-focused manoeuvers like BALTOPS (Baltic Operations) – conducted also during the current pandemic. The bigger picture of strategic considerations in the Baltic Sea region, however, includes more than “simply” securing the supply channels overland (e.g. via the Suwałki-Gap, the 65 km narrow border of Poland and Lithuania) or through the Baltic Sea (via sea lanes of communication, SLOCs) to Klaipeda, Riga, and Tallinn. In the recent years, additional significant developments have their effect on the inter-regional security policy. Most importantly, the return of a global great power competition, in this case between the United States and the Russian Federation, has to be highlighted. Three examples:

These three cases exemplify the great power competition of both states and how its impact casts its shadow on Europe and the Baltic Sea region, immediately. Besides today’s technical alternatives, e.g. via satellites, the end of Open Skies marks an immense loss of trust and communication. Cancelling both other arrangements brought up, on the other hand, leads to concrete military risks for the region. The terminated INF Treaty allows Russian military forces to station legally weapon systems on the ground, which can reach far into Central and Western Europe. A potential end of New START in turn could lead to a new arms race in regard of nuclear weapons in Europe.

Alongside the mentioned developments, the policies framed by a renewed great power competition have effects also on other spheres. As an example, the build-up of the Nord Stream 2 pipeline is a matter of arguments for several years already. Allies and partners seem confused considering Germany’s adherence on the pipeline as an “absolute economical” bilateral project. The likely Russian intention to avoid Ukraine in regard of its gas transits towards Europe, and the US threatening Germany with economic sanctions over the pipeline project, prove that such affirmations are escapist.

While examining questions of security policy in the Baltic Sea region, such issues are in need of consideration, as well. The Baltic area does not merely represent a separate operational sphere without any external influence. Quite the contrast, it becomes apparent that the global great power competition bears on the European security architecture. For Europe, and therefore the European pillar of NATO, acknowledging this framework is crucial. Recognizing the Baltic Sea region’s strategic relevance as part of a broad Northern Flank, close meshed from the Baltic States, Scandinavia, the Norwegian Sea to the upper North Atlantic, should be the next step.