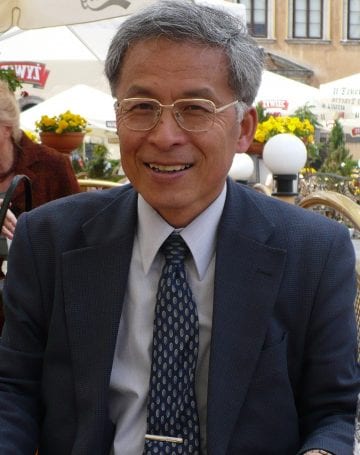 All the Baltic States are small countries comparable to Prefectures in Japan. As I live a coastal region facing the Sea of Japan and hope economic development of the region through cooperation with countries of the opposite of the sea, I am concerned about situations in the Baltic States. In the period Tzarist Russia Latvia was the most developed country among the Baltics, and on the eve of World War I, its capital Riga was famous for “Paris of the Baltics”. Now, however, Estonia takes the lead in the economic sphere.

These countries have the following points in common: They were forcibly incorporated into the Soviet Union in 1940 and then regained independence in 1991; after their independence they adopted neoliberal economic policies in transition to a market economy; they were admitted to the European Union in 2004 and then adopted Euro; and they implemented de-collectivization and farmland reforms based on the principle of restitution in 1992-1993. As citizens of new EU member states became able to participate directly in the labor markets in the EU countries after their EU accession, emigration from the Baltic States to advanced EU countries increased.

In recent years the differences among the Baltic States have become clearer. A decrease in population in both Latvia and Lithuania is remarkable whereas it is not so much in Estonia. During the period between 2004 and 2018 the total population decreased in Latvia and Lithuania by 16.6% and 18.5% respectively. Such a remarkable decrease in total population is mostly ascribed to their citizens’ emigration. Especially after the 2008 global financial crisis the outflow of population has been so intense that this problem is taken seriously in both countries, although immigration has increased recently. I would like to consider what has brought such differences.

Both Finns and Estonians belong to the same language group (Finno-Ugrian languages, a subdivision of the Uralic family of the language groups) and therefore they have had human interaction from ancient times. Already during the Soviet period Estonian people watched Helsinki TV programs and were familiar with circumstances in the West. In addition, a regular ferry service between Helsinki and Tallinn since the 1960s provided a steady stream of tourists from Finland. Finnish-Soviet agreement on science and culture gave Estonian experts various opportunities to visit Finland. Although this was still limited to a handful of Estonians, this was helpful in establishing networks of personal contacts between Finns and Estonians that was to become hugely significant later on. After Estonia’s regained independence Finland has actively supported Estonia especially for its EU accession. Estonia has actively attracted foreign direct investment. It is said that Finland is included in Finnish and Swedish economic areas. Thanks to the influence of the Nordic countries and Estonian peoples’ own efforts, IT industry has developed. It is well-known that Skype was invented by Estonian people.

Zenonas Norkus, a Lithuanian historical sociologist, views new EU member states of post-communist countries in the world capitalism. According to him, Estonia is a semi core while Latvia and Lithuania are semi peripheries. Estonia’s added value to imported (semi-manufactured) products amounted to approximately 40% of its industrial production’s export as early as at the beginning of the 2000s, while Latvia’s corresponding figure was below 20%. This gap has been persisting. In Latvia and Lithuania more workers have been engaged in productions for low value-added intra-industry foreign trade than in Estonia. In Latvia and Lithuania most of high-skilled workers who were trained during the Soviet period have lost suitable jobs. It could be considered that among such workers some people emigrated to advanced EU countries.

After the EU accession, the Baltic States hurried their Euro adoption (Estonia joined the Eurozone in 2011, Latvia in 2014 and Lithuania in 2015). They did so in order to make sure that their escape from the Russian economic area and their entry into the EU’s economic area. It was necessary for them to satisfy the Maastricht convergence criteria. They attached importance especially to the criterion on budget and endeavored to decrease budget deficit. They were severely damaged by the 2008 global financial crisis. Both countries tried to get through this crisis by the implementation of austerity measures. Governments cut wages in public sector and pensions. Expenditures in social welfare were substantially decreased. At enterprise level wages were cut by one-third, and unpaid summer vacation was encouraged.

As Estonia had budget surplus before the global financial crisis and pooled a certain amount of money in a fund the government was able to utilize the fund at the time of the crisis. Therefore, the austerity measures were not so severe in this country. In contrast, Latvia and Lithuania could not afford to do so. The austerity measures were very severe in both countries. From a viewpoint of international finance, the Euro adoption was a great success, but it laid a heavy burden on their society.

As for agriculture, the share of employees in agriculture of total population in Estonia decreased sharply from 16.6% in 1990 to 6.2% in 1999. In this country well before the official abolishment of Kolkhozes and Sovkhozes the ‘middle classes’ (engineers and specialists) in rural areas took a prompt action and established family farms based not on the principle of ‘restitution’ but on the law on farm of 1989, which allowed long-term lease of vacant land of Kolkhozes and Sovkhozes to peasants, and then enlarged their sizes. At the same time, there were many people who left agriculture and move to other industries. In contrast, the number of people engaging in agriculture did not decrease so much in Latvia and Lithuania. During the same period in Latvia the share decreased slightly from 15.5% to 15.0%, and in Lithuania the share rather increased from 17.6% to 20.1%. In both countries there are many peasants who remain in agriculture with family subsistence farming.

Looking at Gini coefficient which shows income inequality in a society, it was very low in all countries in the Soviet period. As peoples’ income inequality expanded in the course of transition to a market economy after the regained independence, the Gini coefficient increased in all the Baltic States. In this respect they are similar. In Estonia, however, after the Gini coefficient increased to 0.36 in 1993 it decreased gradually, reaching 0.316 in 2017. In contrast, in both Latvia and Lithuania it continued to increase slowly. It peaked at 0.375 in 2009 in Latvia, and it peaked at 0.379 in 2015 in Lithuania. At first glance it sounds strange, but it could be considered that such high Gini coefficients reflect severe austerity measures and the fact that many peasants live with family subsistence farming.

There are some researchers who argue that such a rapid outflow of people from both countries could be more appropriately explained by the theoretical model of Albert Hirschman’s Exit, Voice and Loyalty rather than by pull and push factors of the income gap between the Baltic States and advanced countries. In a Lithuanian researcher’s opinion, individual perceptions that the global financial crisis and the subsequent implementation of austerity measures caused inequality and decline in the quality of life led many people to decisions of not ‘voice’ but ‘exit’, i.e. emigration.