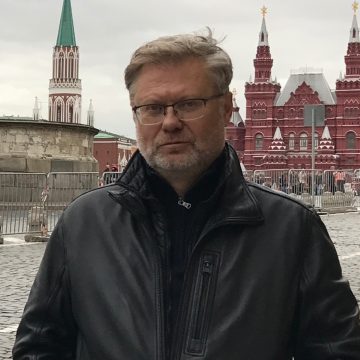 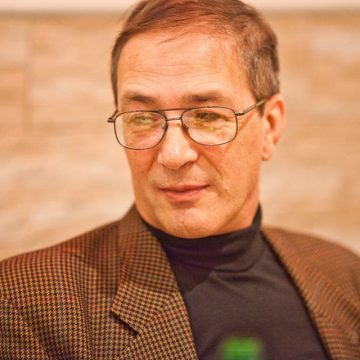 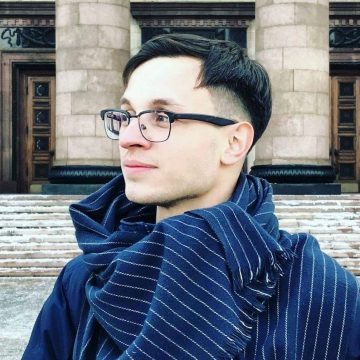 Europe, one of the largest immigration systems of the world, is experiencing currently a test of strength under pressure coming from a powerful new wave of migrants from the Muslim countries of the Middle East and North Africa (MENA) caused to a large extent by the Arab Spring.

According to Eurostat, arrivals from the Middle East to the EU were estimated at 1.5 million in 2015 and 1.8 million, in 2016. With the accumulation of economic problems and the escalating ethnic tensions in many countries of the region, demands are intensifying for a strict limitation of immigration and the reorientation of migration policy towards the primary acceptance of highly qualified migrants while limiting simultaneously the admission of practically all other categories of immigrants, including refugees. During his term in office, Nicolas Sarcozi, the former President of France, spoke, in particular, of the need to switch from «suffered» to «chosen» immigration.

Regardless of the growing realization of the problem’s acuteness by political elites, no effective measures have been introduced yet to deal with it. As a result, criticisms of European migration policies are intensifying. The problem cannot be limited to migration and minorities issues. These are not synonymous with poverty, unemployment, social frustration, and aggression that the Brits, for example, view as the root causes of pogroms in their cities, while considering white youngsters (chavs) as their main perpetrators. The crises also hurt representatives of the middle class, deepening the gap between them and the rich. This does not resolve the problems related to the integration and adaptation strategies, multiculturalism, cluster and dispersed settlement, and the links of those with the issue of social mobility or the lack of the latter.

The challenge of multiculturalism still remains a headache for many Western European governments as well as for the supporters of tolerance and multiculturalism concepts in general. Prior to the start of the June 2018 EU leaders’ emergency summit, dedicated to the issues of migration, the French President Emmanuel Macron stated that the EU migration crisis has been transformed into a political one.

With this background, immigration to Europe from China remains to a large degree an invisible one. This is explained partially by the different scale of the incoming migration flows as well as by their origins. In 2016, the Chinese comprised just 3% of 76 million international immigrants residing in Europe. While the huge potential scale of the Middle Kingdom’s population mobility is well understood, that country traditionally prefers to act «in the shadow zone.»

In contrast to Muslim immigration, caused to a large extent by the Arab Spring and thus having a forced, push character in the countries of emigration, the Chinese immigration could be characterized as a product of a merger of the ideologies of the receiving states, relying on the concept of multiculturalism, and the sending country, pursuing the «going out» policy.

With a relatively long history of Chinese immigration to Europe, experts concentrate their attention on its most recent wave, the so-called New Immigration that started at the inception of China’s economic reforms and the policies of Openness. This migration wave is marked by a balanced gender structure and high shares of younger age cohorts, well educated and highly qualified people, aiming at the assimilation within the European societies, allowing them to find a job within the prestigious segments of labor market. This migration wave has significantly boosted and qualititatively transformed the process of the ethnic diaspora formation in the region. Exactly this New Migration is defining the main quantitative parameters of the diaspora and is responsible for the formation of the «model ethnic minority» stereotype that has become deeply ingrained in American public consciousness.

There also exists another “shadow” component of this migration flow represented by the industrial workers and service personnel who as a group have quite different demographic parameters and are marked by the relatively low levels of educational achievement, well being, and language proficiency. This latter group also includes undocumented migrants. This is a different and quite poorly explored up to this point area of research.

The emergence of deep fracture lines separating the host countries’ native populations and the politically and socially deprived immigrants who differ in language and religion – the concept defined in classical Political Science as mutually reinforcing cleavages – is less likely in this situation, marked by quite heterogeneous structure of the immigration flow.

The fact that the main immigration flow is centered on a relatively narrow group of receiving states reinforces contrasts in the territorial distribution of the Chinese diaspora in Europe.

The fact that the main immigration flow is centered on a relatively narrow group of receiving states reinforces contrasts in the territorial distribution of the Chinese diaspora in Europe. Its overall numerical strength has an expressed meridian gradient, declining in the West-East direction, and nearly directly correlates to the geography of the economically developed and populous countries. More than 98% of the diaspora is located in just 10 countries, while 50% lives in the UK and France. Large Chinese communities have been formed in Germany and the Netherlands as well as in Italy and Spain — the latter being the countries that have relatively recently offered amnesties for illegal immigrants. On this background, less visible are the countries of Northern and, especially, Eastern Europe, that for the first time opened their borders for Chinese immigration just in the 1990s. The exception represent just Hungary and Romania, having a relatively higher share of the Chinese in their modern immigration flow structure.

The «Chinaization of Europe» issue is acquiring a partially local character in the context of escalating leadership struggle among the world’s major powers in the framework of transition to the third global integration cycle. It is important that China is viewing emigration in the context of its «going out» strategy and in combination with other «soft power» mechanisms, involving the cooperation with European states in various fields — economic, investment projects, research and development, educational, socio-cultural etc. More than that: official Beijing is incrementally cutting on the projects that were designed to promote migrants’ repatriation or aimed at the replenishment of the human capital reserves, and is transiting to a large scale «Serve the Motherland from Abroad» stategy. The main task is to form the China-centered interlayer as a factor of state influence in host countries with high levels of ethnic communities’ concentrations. In the future, the representatives of such influence groups are expected to become deeply ingraned into the social, political, and economic life of the receiving countries in order to be able to lobby China’s interests in case of necessity. Thus the main emphasis will be made on preserving and strengthening the diaspora’s national consciousness, promoting China’s future global political and economic superiority.

Links to published work mentioned in the article:
https://journals.kantiana.ru/eng/baltic_region/4021/11465/