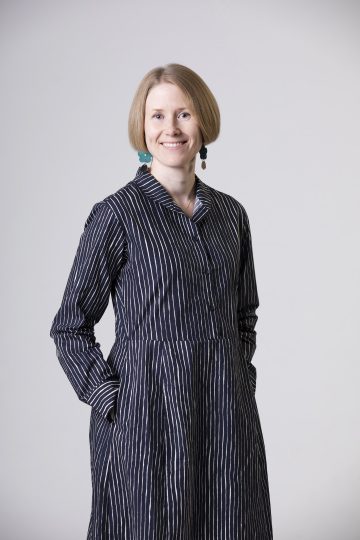 Russia’s brutal military invasion of Ukraine has been widely condemned by the international community. As a result, the European Union (EU), the United Kingdom (UK) and the United States (USA), together with their like-minded partners such as Australia, Canada and Japan, have imposed exceptionally wide-ranging sanctions on Russia that are intended to cause damage to the Russian economy and weaken its ability to wage war in Ukraine. The sanctions have been widely coordinated among the EU, the UK and the USA to ensure their effectiveness. In general, they coincide closely with each other, targeting important sectors of the Russian economy, including energy, defence, finance and transport.

The sanctions against Russia are exceptional in the sense that they have been imposed on a major power that is integrated into the global markets, and are thus likely to cause significant harm for the Russian economy. The financial sanctions, such as banning several Russian banks from using SWIFT and the freeze of the foreign reserves and assets of the Central Bank of Russia, effectively cut Russia off the international financial system and complicate the possibilities of the Russian state to provide funding and cushion the effects of sanctions domestically. The trade sanctions against Russia are aimed to impair Russia’s technological and military capabilities and its ability to fund the war in Ukraine. Import bans have targeted products that create significant profits for Russia, such as energy, gold, iron and steel, wood, alcoholic beverages and caviar. Particularly the EU’s import ban for Russian oil – that according to the EU will cover 90% of Russian oil exports to the EU by the end of 2022 – will significantly cut Russia’s profits. Export bans, in turn, restrict Russia’s abilities to acquire high technology and critical equipment, components and materials, thus impairing the country’s technologic and industrial development. In addition to trade restrictions, asset freezes and travel bans have been imposed on hundreds of individuals that have been involved in actions undermining the territorial integrity and sovereignty of Ukraine. A multitude of entities have also been sanctioned. Furthermore, trade and investment restrictions have been set on the Crimean region as well as the so-called People’s Republics of Donetsk and Luhansk.

Nowadays sanctions are a commonly used financial weapon in foreign policy designed to hurt their target without having to resort to military means. Still, the evasion of sanctions is a significant challenge for those who impose them. A common way to bypass export restrictions is to import products to Russia through third countries. To facilitate this, Russia has legalised parallel imports of certain goods to the country, i.e. the import of goods without the permission of the trademark owner. The parallel import list includes goods intended both for the industry and the consumer market, such as car parts, electronics, clothes, footwear and cosmetics. The aim is to prevent shortages of imported goods on the Russian market and to harm companies from “unfriendly countries” by infringing their immaterial property rights.

Russia is also trying to increase trade with countries that are not involved in the sanctions front, such as the countries of the Eurasian Economic Union and China. However, Kazakhstan, which has been one of Russia’s closest allies, has somewhat surprisingly distanced itself from Russia, by refusing to recognise the independence of the Donetsk and Luhansk People’s Republics and stating that it aims to comply with the sanctions. China’s position as Russia’s ally is also not straightforward. Although it has positioned itself by Russia’s side in order to curb the influence of the USA in the world economy, excessive support for Russia threatens to damage China’s own economic relations with Western countries. In addition, the suspicion between China and Russia is deeply rooted, and Russia is likely to remain cautious regarding the increase of Chinese influence in the country. Due to China’s significant economic power, the course of development of the Russia-China relations is important in terms of the future effectiveness of the sanctions.

It is clear that the sanctions will significantly weaken the Russian economy. Other consequences of the war, such as the large-scale withdrawal of Western companies and an accelerated brain drain further complicate the country’s situation. The impacts of sanctions will also be felt by ordinary Russians as a declining standard of living. Sanctions are, however, often a slow means of influence. The examples of Cuba, Iran, North Korea, and Venezuela show that in autocratic systems the economic misery caused by sanctions can be tolerated for quite a long time without the regime yielding to the demands. Nevertheless, the unanimity of the EU, the UK and the USA, as well as their allies, in imposing swift and comprehensive sanctions sends a clear message that the unjustified military aggression of Russia towards Ukraine is not tolerated.

This article is based on a report on the sanctions adopted by the EU, UK and USA due to the situation in Ukraine that has been funded by the Finnish Foreign Trade Promotion Fund (Suomen Ulkomaankaupan Edistämisrahasto SUE). You can access the report here (in Finnish).

To receive the Baltic Rim Economies review free of charge, you may register to the mailing list.
The review is published 4-6 times a year