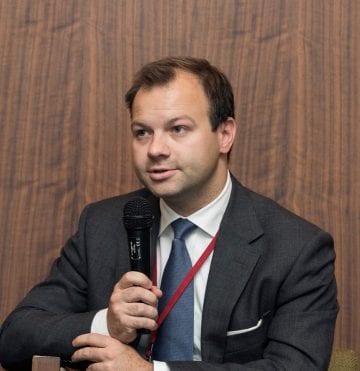 The character of globalization is changing fast. Liberal institutions are undermined or eroded, instead economic ties are increasingly determined by geoeconomics considerations. This has implications for the EU’s trade policy as well as its foreign policy. The Baltic region is particularly exposed to geoeconomics warfare and should drive the EU’s agenda in this regard.

When Ursula von der Leyen took office as Commission President in 2019, she labelled her Commission the “Geopolitical Commission”. Her aim is to increase the role of the EU in the world by establishing more streamlined decision-making mechanisms and facilitating more strategic interaction with third countries.

Since an overhaul of the EU’s foreign and security policy in the near future is not very likely, one can expect that the von der Leyen Commission will in turn to those areas which already lie within the competency of the Commission to implement geopolitical aspirations. Among these areas, trade is particularly prominent as the EU is one of the world’s most active trade powers and this economic power is an important source of the EU’s political power. For this reason, the geopolitical commission may in fact turn out to be a geoeconomic commission. Given the more active role of geoeconomic policymaking by other trading powers, it is to be welcomed if the EU is improving its capabilities in this area.

For example, China’s Belt and Road Initiative can be interpreted as an attempt to occupy a more dominant position in a network and be able to exert political and economic pressure on the participating countries. Also, the actions of the Trump administration to deny Chinese companies, in particular Huawei, access to state-of-the-art US chip and software technology fits the description of weaponised interdependence.

For the Baltic region, dealing with weaponised interdependence in the area of geoeconomics is nothing new. The attempts of Russia to use economic levers at its disposition are well known and hence the countries in the Baltic region are experienced in monitoring possible dependencies and reacting to them. This knowledge can be an asset for the Union as a whole when scrutinising its dependencies on third players. At the same time, it is also vital to understand the dependencies that may arise through complex global value chains. While most Baltic economies do not have too much direct exposure to China, they might provide intermediate goods to other countries – such as Germany – which are destined to the Chinese market.

How should the EU react to the geoeconomics threat of other economic players? Increased use of geoeconomics has the potential to poison economic relationships. If any commercial engagement must be reviewed suspiciously whether this might create a critical dependency, this may undermine the trust that is necessary for liberal globalisation to work. The EU as a whole is one of the largest beneficiaries of globalisation, its business model depends to a large degree on its close trade relations with third countries. Therefore, it makes sense that EU reassures its trading partners that it will not make aggressive use of its possible geoeconomic capabilities unless attacked. The EU should remain a pillar of a rules-based liberal trade order and act as a trustworthy and reliable trading partner.

At the same time, the EU cannot afford to be naïve. The response to geoeconomics globalisation should therefore be threefold: First, the EU should avoid dependence on one single player. That does not mean reshoring of production, more effective would be a global diversification of critical value chains. Second, it needs to develop a defensive arsenal of geoeconomics retaliation that it can use if attacked. This should act as a deterrent and thus contribute to more stable economic relations. Third, it makes sense to continue to reform EU decision making mechanisms, so that such defensive capabilities can be deployed quickly and credibly – otherwise the deterrent will not be effective.