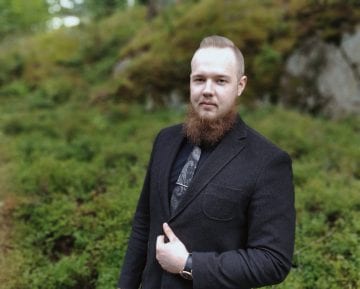 The ongoing year has been thick with twists and turns in global politics. Especially the European Union’s eastern neighborhood has been stirring up. Revolutionary activity in Belarus, the significant reform of Russia’s constitution, and the poisoning of the most notable Russian opposition leader, Alexey Navalny, have been important talking points during the last months. Military activity in the Baltic Sea and Arctic waters has accelerated as if reflecting the Belarusian tensions up north. Overall geopolitical alertness has been on the rise.

Regarding Russia’s constitution change the most international attention was directed to the fact that now President Vladimir Putin has the option to stay incumbent until the year 2036. Yet, more far-reaching consequences will emerge from the contents that open the legislative way for the Kremlin to make interventions to foreign countries in case it is interpreted that things are not going well for the Russian countrymen. ”The Russian Federation supports compatriots living abroad in exercising their rights, ensures the protection of their interests and the preservation of the Russian national cultural identity”, says the amended constitution.

We need to recall that Russia’s annexation of Crimea in 2014 was conducted on the grounds of defending the interests of the Russian population of the peninsula. Over half of the Crimean people were and are ethnic Russians, so this was a low-hanging fruit for Kremlin. Many of the ex-Soviet countries have considerable Russian minorities, which means that many countries should now more than before be cautious of the Kremlin’s geopolitical schemes.

The amended Russian constitution places Russian law ahead of international law. Already the two aforementioned amendments send a strong message that Russia is further positioning itself as a realpolitik-driven superpower.

This has everything to do with Europe. The reactions from the most important regional institution, the EU, have been familiarly modest and vague. The Navalny case would offer a great opportunity to send a clear message of discontent to Moscow. However, the possibility of a unanimous EU decision of sanctions against Russia seems in this situation unlikely. Many member countries are in an economic slump and have shared business interests with Russia. Just as unlikely would seem a decision by Germany to stop the Nord Stream 2 gas pipeline project, even though calls for it have been voiced.

All in all, the EU which represents the so-called European values community does not have what it takes to pressure Moscow. This is dangerous because Moscow has no such institutional obstacles but instead has a growing economic capacity to pressure Europe. The inability of the EU to set justifiable sanctions as well as Germany’s reluctance to risk its gas supply are unnerving evidence of this. Kremlin’s unwillingness to announce even a symbolic investigation could be a sign of defiance in line with the new constitution. It remains to be seen if this analysis written in mid-September ages well.

More generally, the situation sheds light on the chronic weakness, or perhaps the impossibility, of coordinated EU foreign policy even at the most basic level. The heavyweight Russia expert Mark Galeotti has bluntly said that he does not believe the Kremlin thinks the EU even exists. Through the Moscow lens, the union looks more like a competing arena for national states; a facade from which notable European powers promote their interests. The regulatory power of the EU does not read as real power in the Kremlin playbook.

It seems that whereas Russia and several European nation-states are strengthening their individual geopolitical positions, any EU level regional foreign policy tools remain merely as theories.

The recent divisions among member countries of the EU regarding the 750-billion-euro recovery package might come across just as another desperate struggle in a doomed federalistic project. However, this political gamble with the union’s future might in the best of the best scenarios bring about more unity. That is a requirement for effective or at least functioning union-level foreign policy.

At the end of 2018, the European Commission proposed that the union member states could make foreign policy decisions on sanctions, human rights positions, and civilian missions by qualified majority voting instead of a unanimous decision. It is hard to imagine success for this proposal, as so many member countries have foreign political interests that would be at risk in the EU majority decision making. Issues with Russia also divide member states, mainly because its potential threat is perceived differently in different parts of Europe.

Nevertheless, the regional divisions and world political tensions continue to rise, and the EU is in a hurry to conjure up credibility in hard diplomacy. In the future, the entire sense of the EU project will be tested in its ability to act as a strong opposition and an alternative to the authoritarianism and even totalitarian tendencies that are looking to expand not only from Russia but from China and the Islamic world as well.