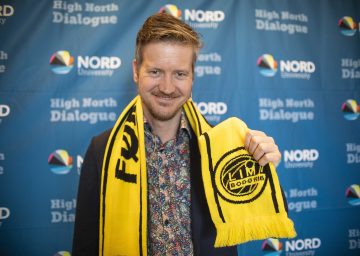 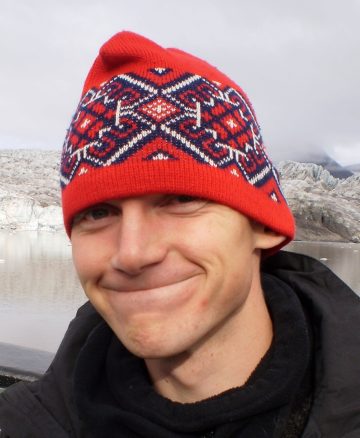 The past few months have shown that Arctic international cooperation is not shielded from political crises originating elsewhere. The circumpolar North has often been portrayed as an exceptional space of cooperation and dialogue with all states and actors in agreement that it should be and remain a zone of peace. Recently, this notion has been challenged by emerging mistrust and tensions between the West and Russia. Changing global dynamics and emerging global political trends are increasingly affecting the Arctic, potentially deteriorating a once seemingly stable status quo.

The situation in the Arctic following the Russian invasion of Ukraine is complex. The economic fallout of the war has severe implications for Arctic investments, businesses and resources. The work of the Arctic Council, Barents Euro-Arctic forums, the Northern Dimension and bilateral EU-Russia cooperation programmes have been suspended, with only projects not involving Russian participation still being carried forward by the remaining seven (western) Arctic states. Similarly, research cooperation with Russian institutions has effectively stopped. And yet, some technical cooperation between Russia and West in the Arctic continues, and the western Arctic states have – so far – given no indication that they wish to abandon Arctic cooperation as a circumpolar affair, seemingly still pondering the possible options.

These developments obviously also affect the European Union’s Arctic agenda. Over the course of the last fifteen years, the Union established itself as a recognized Arctic actor with an obvious presence in the North in terms of geography, legal competence, market access, its environmental footprint and contributions to Arctic science. Yet, in developing its Arctic policy since 2008, EU policymakers have barely touched upon the issue of its Arctic relationship with Russia.

This lack of a Russian dimension in the EU’s Arctic policy has always seemed puzzling, given the bilateral economic and resource dependencies, Northern Dimension projects, cross-border cooperation initiatives and the generally good institutional ties spanning across the European Arctic. The region seemed to be an almost inappropriate topic for (open) dialogue with the Russian Federation.

Considering the context of current EU-Russia relations and the absence of past Arctic dialogue, the Arctic nevertheless constitutes one space of interaction between the EU (or the West, more broadly) and Russia, which seems the least problematic or mutually hostile; particularly if compared to the Baltic (Sea) region, Central-Eastern Europe, the Black Sea, the Middle East, the Caucasus or Central Asia. Even if almost all EU-Russian interactions in the Arctic are currently severed, the region could prove to be one of those spaces where some resetting of relations could occur early on – if and when the level of tensions eventually goes down following some yet unknown resolution of the war in Ukraine or regime collapse in Russia. Even now, the EU and its Member States interact with Russia in a number of Arctic-relevant international processes, be it on long-range pollution, climate change, or within negotiations on biodiversity in areas beyond national jurisdiction.

At the same time, many elements of cooperation in Northern Europe (for instance in Kolarctic, the Barents Euro-Arctic Council or the Northern Dimension) had been advantageous for western partners over the past decades, e.g. positively influencing environmental issues in northwest Russia, which directly also affected the environment of its Nordic neighbours. Such direct benefits, ranging from environmental issues to the management of common resources, can limit the opposition also among those EU Member States who currently perceive all relations with Russia to be toxic.

The Arctic’s institutional complexity does provide a certain degree of flexibility as cooperative processes can continue on many different levels, even though the Arctic Council is on pause. History has shown that also in times of crises – severe crises – and especially when these crises eventually subside, collaboration is possible. Such shield is possible if cooperation mechanisms hold a certain symbolic value or are feasible enough from a practical perspective. The Arctic theme could emerge from the current tensions as one of such areas for practical cooperation between EU and Russia. While it is currently difficult or almost impossible to discuss a return to cooperation when Ukrainian civilians are killed by Russian shelling, policymakers in Brussels (as well as in Paris, Berlin, Warsaw, Vilnius and Tallinn) should consider the long-term options, and limit the level of hostility towards Russia in areas irrelevant for the current Russian war effort and economy, where cooperation can more easily be rekindled, and where practical cooperation is beneficial for the European Union and its Member States. Many Arctic themes tick these three boxes.

To receive the Baltic Rim Economies review free of charge, you may register to the mailing list.
The review is published 4-6 times a year