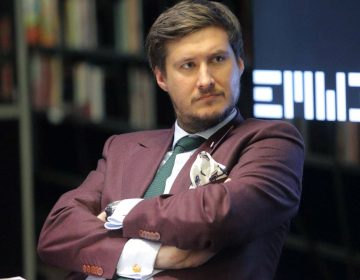 Over the last years, the Kaliningrad Oblast became a true fortress in the Baltic Sea region. To achieve this status Moscow set two major objectives of its policy towards the oblast. First, to further tighten its control over the region and its links to mainland Russia in the political, social, and economic dimension. Second, to step up efforts to modernise and expand the Russian military potential. Both goals were largely achieved which led to an increased economic and social isolation of the Kaliningrad Oblast in the wider Baltic Sea region.

The Russian Armed Forces stationing in the Kaliningrad Oblast have undergone a substantial expansion and reorganisation, contributing to a visible increase in the offensive capabilities deployed there. On the one hand, the goal was to ensure that the forces are capable of conducting and maintaining offensive ground operations in the theatre. On the other, in a potential conflict scenario with NATO, the forces in the Kaliningrad Oblast would maintain pressure on Allied assets deployed in the Baltic Sea region.

The modernisation and reorganisation efforts have led to four crucial changes in the military dimension of the Kaliningrad Oblast. First, the Russian Armed Forces expanded their military infrastructure, including the Chkalovsk air base and the nuclear weapons depots. The Chkalovsk air base is now one of the largest military airfields in Russia, capable of handling almost all categories of aircraft, including heavy transport planes. Second, the Russian Armed Forces increased the presence of the military personnel in the oblast. Russia started to expand its air and land components, focusing first of all on the formation of the offensive units. This included the re-activation of a tank regiment and a fighter aviation division. As assessed by Konrad Muzyka from Rochan Consulting, Russia now fields in the Kaliningrad Oblast a self-sufficient fighting force that can conduct medium intensity combat operations along two axes of advance. Third, the Russian Armed Forces concentrated on further technological upgrades. This included a permanent deployment of the Iskander missile systems, expansion of the coastal defence Bastion missile systems, deployment of additional fighter aircraft, helicopters, tanks and warships. Fourth, the Russian Armed Forces increased their training activities in the Kaliningrad Oblast, including drills with offensive scenarios such as Zapad-2017 and Zapad-2021. The most frequently repeated elements of the military exercises included: countering the enemy’s means of air attack (aircraft and missiles); striking targets deep behind enemy lines; countering groupings of naval units; distorting the enemy’s command and communications systems.

Moreover, the notion of an anti-access/area denial (A2/AD) “bubble” was often repeated in the context of the Russian military potential in the Kaliningrad Oblast. In fact, Russia’s potential to create “keep-out zones” or A2/AD “bubbles” in its near abroad has more broadly become a growing source of concern. In practical terms, in a land-grab operation, it is feared, Russia could keep help from reaching the victim in time by cordoning off the area of operations with a combination of long-range sensors and missiles. The Russian invasion on Ukraine in 2022 has demonstrated that Russia’s “A2/AD bubble” is smaller than often thought, not impenetrable, and probably even burstable. In the context of the Kaliningrad Oblast, it means that the prospects for defending or resupplying the Baltic States in a crisis or war are, in fact, not as bleak as is often claimed.

At the same time, one should not forget that the Russian military capabilities in the Kaliningrad Oblast remain just a fraction of the full Russian military potential in the Western Military District. Out of all the military districts, Russia’s Western Military District fields the most robust, most numerous, and most capable fighting forces. Strengthening the western operational direction has been the priority for Moscow. As underlined by Konrad Muzyka, units stationed in the Western Military District are capable of conducting military operations across the entire spectrum of warfare, from low-level peacekeeping missions to high-tempo manoeuvre operations supported by long-range air-launched and ground-based missile strikes. At any time, these can be supported by a threat to employ nuclear weapons in order to showcase Russian determination and resolve.

The long-term consequences of the Russian invasion on Ukraine will have a direct impact on both the Western Military District and the importance of the Kaliningrad Oblast in a wider Russian military strategy. Two strategic changes are already very probable. First, at the NATO Summit in Madrid in June 2022 Allies will decide about further enhancing NATO’s military presence on its eastern flank. This will include the upgrade of the existing enhanced forward presence battlegroups and additional Allied deployments, including permanent ones. Second, Finland and Sweden will most probably join NATO in 2022. Both elements will constitute a game changer for the Baltic Sea region security. Russia will have to factor this into its new military strategy towards the region.

Disclaimer: All opinions expressed are those of the author and do not necessarily represent the position or views of the institution he represents.