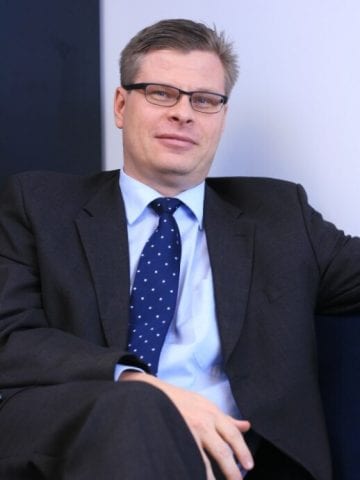 American soldiers fought on the European continent in the battles of both the First and the Second World War. The United States’ role in defeating Nazi Germany, halting the spread of Communism and reunifying Germany was crucial.

Who would not remember the Ich bin ein Berliner speech president John F. Kennedy gave in West Germany in the summer of 1963, only two years after the construction of the Berlin Wall had begun. And who could have forgotten the speech president Ronald Reagan made in Berlin 24 years later. Among what he said in his speech was this:

“Behind me stands a wall that encircles the free sectors of this city, part of a vast system of barriers that divides the entire continent of Europe. From the Baltic, south, those barriers cut across Germany in a gash of barbed wire, concrete, dog runs, and guard towers. Farther south, there may be no visible, no obvious wall. But there remain armed guards and checkpoints all the same – still a restriction on the right to travel, still an instrument to impose upon ordinary men and women the will of a totalitarian state. … Yes, across Europe, this wall will fall. For it cannot withstand faith; it cannot withstand truth. The wall cannot withstand freedom.”

The Berlin Wall came down just over two years after this speech. At the time, I happened to be in Berlin myself and witnessed with my own eyes how tourists rented pick-axes from the locals to break a piece of the wall to take with them as a souvenir. I also got a piece of my own. The little piece of the wall in my study still reminds me of the inhuman nature of totalitarianism and the absurdity of walls.

The fall of the Berlin Wall and the collapse of the Soviet Union a couple of years later had a considerable impact on the Baltic Sea region. Germany was unified, Poland was liberated from the communist rule imposed on it and the Baltic States got their independence back. The collapse of the Soviet Union meant that the Russian people was also liberated from totalitarianism, something that even the Russians themselves sometimes forget. The dissolution of the Soviet Union was a geopolitical catastrophe only to those maintaining totalitarianism. For the others, it meant freedom.

With the fall of the Berlin Wall and the Soviet Union, the Iron Curtain collapsed in the Baltic Sea region and the region once again became whole and free. Fifteen years after the fall of the Berlin Wall, Finland and Sweden as well as Poland and the Baltic States had already joined the European Union. Estonia, Latvia, Lithuania and Poland decided to also join NATO. Without the backing of the United States, the above-mentioned processes would have lasted longer and might even have led to bloodshed, as the presence of the United States in the Baltic Sea region has blocked Russia’s high-handed activities.

Whatever the outcome with customs walls will be, it is certain that the personal ties between American and European people will remain unbroken. The United States will continue to be a popular travel destination among the citizens of the Baltic Sea countries. American tourists will also be very welcome to the Baltic Sea region after the COVID-19 pandemic.

More information on the United States’ role in the Baltic Sea region is available in the following link:
https://www.researchgate.net/publication/344014075_The_US_economy_and_the_US_foreign_economic_relations_2_months_prior_to_the_2020_presidential_elections