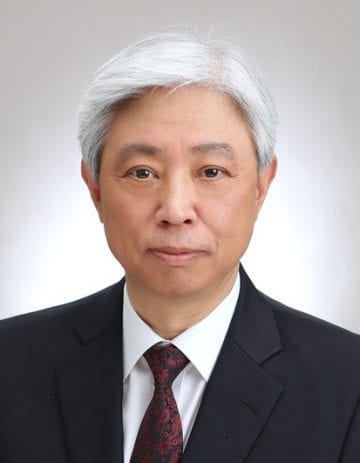 The rule-based multilateral trading system is facing a substantial crisis. The WTO negotiations including Doha Round got stalled for a long time. The WTO’s dispute settlement function is at risk of collapsing. On November 30, the terms of one remaining Appellate Body member will expire. WTO members doubt even the survival of the multilateral trading system. To navigate the crisis, we need to deeply consider following issues.

First, how can we resolve the Appellate Body (AB) impasse? For roughly five years, the United States has blocked the appointment of new judges to the WTO’s AB due to complaints over judicial activism at the WTO and concerns over U.S. sovereignty. The U.S. argues that the AB is guilty of judicial overreach, interpreting WTO agreements in a manner which they were never intended to apply. Effort to reform the dispute settlement system in response to U.S. demands and pave the way for new appointment to the AB have been unsuccessful.

To resolve this situation, the EU and 15 other WTO members have reached an arrangement to arbitrate as between themselves trade dispute under Article 25 of the DSU (Understanding on Rules and Procedures Governing the Settlement of Disputes). This arrangement, called a ‘Multi-party interim appeal arbitration arrangement’ (MPIA), functions as a stop-gap measure to replace the AB for the time being as it remains inoperative. On 31 July, the participants in MPIA notified the WTO of the ten arbitrators who will hear appeals of WTO panel reports under the MPIA.

MPIA shows commitments of the WTO members to uphold the rule-based system under WTO agreements, but not all the Members are ready to bind themselves to the arbitration agreement and give up their right to appeal at the AB. Typically the U.S. has refused to join MPIA. Interestingly, MPIA will now create a separate category of appellate reports since the arbitration awards are not required to be adopted by the DSB. This is an unresolved issue since the WTO has not expressed its support or otherwise to MPIA till date.

Second, how can we strengthen WTO notification requirements? Notifications have been a part of the multilateral trading system since its inception. It is a complement to the general requirement for transparency and the publication of measures, obliging countries not only to make their measures known via government gazettes or other domestic outlets but that they also provide information to their trading partners via the WTO. However, the chronic low level of compliance with WTO notification requirements is not news. More than half of the WTO members had not made any notifications as of end of March 2020.

It is a mandatory for WTO members to report all kinds of agricultural subsidies, regardless of whatever they are permitted or not, while industrial subsidies are, in general, notified to the WTO only when they are classified to be prohibited or actionable. Most developed members, including the U.S., Japan, and EU have continuously complained about China’s industrial subsidies resulting in over-supply in global markets.

In this respect, a first step could consist of countering subsidy notification failures, namely by ensuring that WTO members comply with the requirements on subsidy notifications. However, we need to understand that the issue would be framed in the big picture of systemic trade distortions. Beyond a mere procedural reform of the subsidy notification system, what the U.S. wants is to bridge the gaps in multilateral rules that allow distortions such as Chinese subsidies to state-owned enterprises. Therefore, notification of industrial subsidies is also closely related to so-called China’s state capitalism.

Special and differential treatment (S&DT) for developing members is another big issue. When it comes to the S&D issue, in fact, all developed countries, including the U.S., EU and Japan, have continuously raised objections against excessive benefits being provided for developing countries in the Doha Round. There is still significant dissent within the WTO surrounding how the economic superpower China remains classified as a ‘developing country’ by the WTO, thus allowing it certain S&DT privileges.

It is true that the current distinction between developed and developing countries within the WTO no longer reflects the reality of the rapid economic growth in some developing countries. Clearly, there is a wide range of heterogeneity among developing countries. This lack of nuance, and its consequences with regard to the S&DT question, has been a major source of tensions in the WTO and an obstacle to the progress of negotiations. Developing countries, of course, should be allowed the assistance and flexibilities that they need to meet their development goals. However, change is needed in terms of ensuring that flexibilities are made available to those countries who actually need them. Graduation mechanisms with proper grace periods and assistance measures could be a reasonable solution to the S&DT issue.

Amid faltering multilateralism and growing frustration of trading states, ‘WTO reform’ has become a focal point of the global discussion. The future of the global trading regime substantially relies on how this reform discussion unfold for the next couple of years. It is clear that simply continuing as before is not possible. Neither is there one size that fits all. We know that the WTO is not perfect, but we know it is good and we seek to make it better.