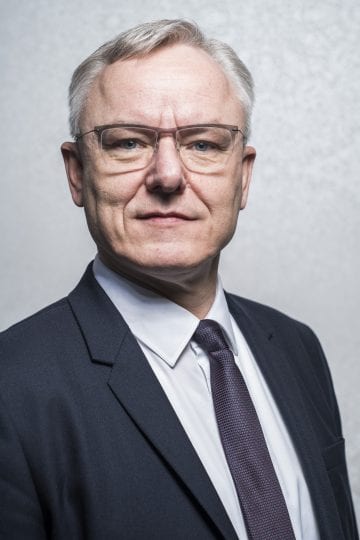 More than five years after the Maidan Revolution of Dignity, the illegal annexation of Crimea and Sevastopol by the Russian Federation and a continuing conflict in Ukraine’s eastern regions that has so far claimed the lives of over 13.000, it is a good moment to take stock of the support the EU is providing to Ukraine in its fight for sovereignty, territorial integrity and socioeconomic development and its sovereign choice of a European path. In addition to the EU’s staunch political support, the two elements probably best known to the wider public are the ongoing restrictive measures against Russia – better known as sanctions – and significant financial assistance to Ukraine.

Since the beginning of this intensified cooperation, the EU has put resilience at the forefront of its efforts, thus substantiating President Tusk’s repeated stance that there cannot be a resilient Europe without a resilient Ukraine. In order to build resilience, support reforms, and facilitate socio-economic recovery and development, the EU has since 2014 mobilised the biggest support package for a partner country, containing a number of innovations. The creation of the European Commission’s Support Group for Ukraine (SGUA) has been recognised as one of those innovations. It brings together experts from EU institutions and Member States in order to allow Ukraine to make the most of the opportunities offered by the Association Agreement and Deep and Comprehensive Free Trade Area with the EU as well as to support Ukraine’s wider reform agenda.

Since 2014, the EU has mobilised around 15 billion Euro for Ukraine. The often-quoted “unprecedented level of support” is a correct statement, though the size of the package is also a function of the size of the country.

The biggest block includes concessional loans provided via Financial Institutions such as the European Investment Bank (4.6 bn EUR) and the European Bank for Reconstruction and Development (4 bn EUR). These usually include support – via domestic banks – to the financing of the real economy, or major public and private investment and infrastructure projects. The second biggest block is the EU’s Macro-Financial Assistance (MFA), of which the EU has so far paid out 3.3 bn EUR under four subsequent programmes. The MFA consists of beneficial loans to the state budget, guaranteed by the EU budget and paid out after fulfilment of earlier agreed conditions linked to the implementation of reforms.

The most visible EU support are the 2 bn Euro in grants mobilised since 2014 from a multitude of EU instruments, including so far 133.8 million Euro humanitarian support. About 1.3 bn Euro mobilised from the European Neighbourhood Instrument (ENI) are therein the funds that are particularly available for economic development, capacity building and change management in support of the reform agenda. In a context of strong involvement of other international partners in Ukraine, the jointly identified four priority areas are making up more than 80 % of the actual ENI portfolio: energy, the rule of law, better public services and the economy (notably small and medium-sized enterprises).

The capacity-building programmes in these four areas have a series of common characteristics. Firstly, many of them are large-scale (double- to triple digit million price tags) which responds to the size of the country and its thresholds for a critical mass. In order to achieve these dimensions, significant Member States resources often top up the EU budget. Member States also play a significant role as implementers (via their authorised agencies). Beyond enhancing synergies and impact, this allows to involve targeted Member States expertise, for example from experts who have worked on similar changes during the accession of their own country. In addition, the programmes involve in total hundreds of young Ukrainian experts as mainly EU-financed change agents of change, thus catalysing capacity building and feeding back competencies into the Ukrainian structures.

First results are becoming visible, e.g. in more transparent recruitments for the civil service, more capable and accountable anti-corruption agencies, hundreds of more autonomous and efficiently managed local communities (hromadas), thousands of young people studying abroad, hundreds of thousands of visa-free visits to the EU. Now it will be crucial that following the recent democratic change of the country’s political leadership, the vigorous implementation of critically viewed but in the end successful reforms continues and no time is lost in “reinventing the wheel” and focussing on replacing people rather than creating sustainable structures.

With EU and other international support, Ukraine has managed to tame and reverse its economic and political crises – despite the continuing military crisis in the East and South. But changes will have to continue, and so will EU support. This EU support has contributed that during this period the country has “not collapsed and has managed to move on and try to get out of this crisis on a new basis. Despite immense challenges Ukraine today is a much stronger country than it used to be” (EU High Representative Federica Mogherini).