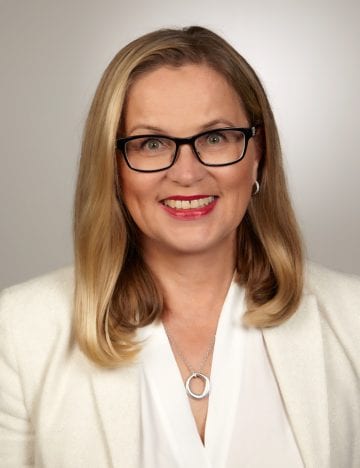 Maritime transport and entire logistic chains are transforming, partly because they aim to minimize the effects of climate change and reduce emissions responsibly.

The International Maritime Organization (IMO) has set a challenging initiative to reduce GHG emissions by at least 50 % by 2050 compared to the 2008 base level. IMO has also set a goal to reduce carbon dioxide emissions per transport work, as an average across international shipping, by at least 40% by 2030, pursuing efforts towards 70% by 2050, compared to 2008. This is also due to meet the United Nations the 2030 Agenda for Sustainable Development.

The volume of goods carried by waterborne is predicted to increase 4 % worldwide and even double in the Baltic Sea during 2010-2030. According IMO GHG Study 2014, international shipping emissions account for approximately 2,6 % of global carbon dioxide emissions. Although shipping is the most environmentally friendly mode of transporting people and goods, the industry still needs and aims to reduce emissions, decarbonize and work persistently to achieve more sustainable solutions.

Unfortunately, the most polluted Sea in the world, the Baltic Sea, is crucial to about 85 million coastline citizens in nine countries. It has been the most important transport route with its harsh conditions and shallow, not very salty waters for centuries. There are about 2000 ships at the Baltic Sea at any one time (BSES 123), mainly cargo vessels, tankers and containers and about 5 % passenger ships.

Improving the status of the Baltic Sea is urgent. Over the last decades ship source pollution has been effectively handled, including 90 % reduction in sulphur oxide emissions from ships exhaust gases. There are decisions already made by the Marine Environment Protection Committee (MEPC) to ban untreated sewage discharges by 2021 and requirement of 80 % reduction of nitrogen oxide emissions for new vessels built in 2021 and later. However, in some types of ship source pollution stay unquantified, including litter, chemical residuals and others, such as underwater sound, are yet to be thoroughly grasped.

The expertise to reach these goals exists. Finnish maritime ecosystem has been the pioneer of green technologies to the Baltic Sea operators for decades. It is the forerunner in creating smart maritime technology solutions for sustainable shipping and usage of natural resources. In order to increase safety at sea and prevent accidents, one of the historical achievements was when Rolls-Royce and Finnish state-owned ferry operator Finferries demonstrated successfully the world’s first fully autonomous ferry in the archipelago south of the city of Turku, Finland. More effective shipping will be developed further towards e-piloting, where the ship will be helped to harbour from shore. The other example is Meriaura’s and Stockholm Energy’s contract for the sea transport of woodchips and wood pellets within the Baltic sea by using climate friendly 100 % biofuel as power source. According Meriaura, the lifecycle emissions of transport could be up to 96 % lower compared to fossil fuels (Meriaura 3 Aug, 2019). The new Wasaline ferry, which will be built at Rauma Marine Construction, will be equipped with the most environmentally friendly engine, provided by Wärtsilä. It can use both LNG and biogas and will produce 50% less carbon dioxide emissions compared the currently operating one. When entering to the harbour the vessel is utilizing batteries charged from shore power.

By innovating to solve local emissions at the Baltic Sea, the Finnish maritime cluster will be able to contribute to tackling emissions globally across the oceans. The focus is now in the development of energy efficient solutions, using automation and digitalization, sharing data to optimize fairways in an entirely new way, reducing fuel consumption and improving battery technology. Moreover, the Finnish maritime cluster has developed high tech innovation to all water and waste management systems. Renewable energy systems are being adopted, for example rotor sails to reduce air emissions and biofuels produced from waste. In Finland, marine logistics ecosystems are intensifying port operations and maritime transport, conserve nature and improve competitiveness. Baltic Sea has been the piloting area for Finnish maritime cluster where the Baltic Sea, oceans and operators have been beneficiaries.

The seas offer also opportunities for sustainable and low-carbon food and energy production that can reduce greenhouse emissions. These could be aquafarming, fish production and using offshore wind or waves in energy production. Harnessing blue growth requires collaboration to identify competences and develop the blue bioeconomy potential. The marine cluster ecosystem, including marine production and the Blue Bioeconomy, has a significant potential to generate new innovations to slow down climate change, benefiting all.

The Status of the Baltic Sea is improving only with persistent collaboration between actors and decision makers. Many organizations and companies have already made excellent work, one of the most impressive has been HELCOM. The Baltic Sea is and has been forefront piloting area for new marine and maritime innovations of green technology benefitting all oceans and operators. Despite of the world economic recession, uncertainty regarding fuel price development, the continual geopolitical uncertainty, it is now time to develop the Baltic Sea towards sustainable solutions persistently to mitigate climate change and use innovative solutions worldwide, with even stronger collaboration.