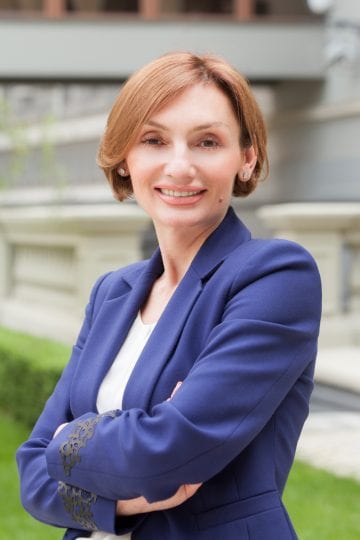 Ukraine continues to move towards a competitive and efficient financial sector. The banking crisis of 2014–2016 led to the bankruptcy of more than 100 banks, the nationalization of the country’s largest bank (PrivatBank), and, in total, cost the state and Ukrainian taxpayers 16% of GDP. The “clean-up” – or more accurately, the “recovery” – of the Ukrainian banking sector was a necessary step towards building a stable financial sector that can effectively redistribute financial resources and support economic growth. In recent years, we have managed to engage directly with the owners of all Ukrainian banks, strengthen their corporate governance, introduce European regulatory standards, and create a risk-based approach to banking supervision.

Today, Ukrainian banks are highly liquid: All banks, without exception, comply with the LCR liquidity standard, which we have introduced in 2019. And most important, Ukrainian banks have begun to lend. This is not about lending to their owners or other parties related to banks, but rather about lending to real businesses and the general population.

For the second year running, lending to the public has been growing at a rate of 30% year-on-year, and lending to businesses that have not defaulted has been growing by 15%–20% year-on-year. We can also talk about the return of public confidence in the banking sector of Ukraine, because over the past two years, the volume of household deposits in local currency has grown by 24%.

But the financial sector is not just about banks. It goes beyond banks, into the nonbanking financial sector. For a long time, we have not had the full capability to supervise and regulate this sector, as its regulation was actually divided between three regulators: The NBU, the National Securities and Stock Market Commission, and the National Commission for Regulation of Financial Services Markets.

In 2015, the NBU came to the conclusion that this sectoral model for regulating the financial sector could not be effective in and for Ukraine, as it prevented the regulators from responding to systemic risks by decentralizing decision-making. Therefore, we proposed moving from a sectoral regulatory model to a consolidated one – which would be in line with 70% of European financial sectors. We opted for the Two Agency model, where two regulators would remain: The National Bank of Ukraine and the Securities Commission.

In September of this year, the Ukrainian parliament supported what came to be known as the Split Law, or the division of the Financial Services Commission’s responsibilities and relegation of its capabilities to the two aforementioned regulators. In effect, the result will be that from July 2020, the NBU will also become the regulator of insurance, leasing, factoring companies, credit unions, pawnshops, and other financial companies: In total – almost 2,100 institutions. In turn, the Securities Commission will further regulate the activities of private pension funds.

We now have a nine-month transition period, in which we will:

We want to streamline regulation for the nonbanking market. Those nonbank companies that carry the lender’s risk will fall under general supervision – for example, organizations that attract investment from their customers to support their activities: Insurance companies and credit unions. Companies and organizations that do not bear the creditor’s risk, as well as pawnshops, leasing, factoring, financial companies, will not be subject to prudential supervision. The result is that only their market behavior will be regulated, in terms of protecting the rights of consumers of financial services.

In general, we advocate a proportional risk-based approach to regulation. The main thing that interests us is transparency of the ownership structure, and compliance with legislation on financial monitoring and capital adequacy. These should be simple requirements, and any company that intends to operate inclusively in the market, and not withdraw money from it, will have no problems fulfilling them.

The Split Law and the transition to consolidated regulation of the financial sector are part of our grand strategy for the development of the financial sector for the next five years. The ultimate goal is to build a powerful and competitive sector that will support our economy and provide quality services to the citizens and businesses of Ukraine.

This move will make Ukraine’s financial system simpler to navigate and more secure to engage with. The added level of transparency means that everyday Ukrainians will benefit from greater access to a full range of financial services, and foreign investors will gain more options for expansion into Eastern Europe, where labor is cheaper and knowledge is plentiful.

It is yet another move that brings Ukraine a step closer to its ambition of full alignment with its European peers. As with its neighbors, Ukraine must pursue reforms of this nature to reflect an increasingly complex and dynamic financial market, which is being driven by ever-changing technology. Ukrainian entrepreneurs, like many innovators around the world, have fast-tracked their own country’s reform by spearheading development in financial services products at a rate never seen before.

As the boundaries between financial products continue to evolve, it is increasingly important that financial regulation can keep up with an ever-changing market, closing any loopholes as quickly as they emerge. It would be no exaggeration to say that the Split Law will set the foundations for the ultimate realization of the NBU’s reforms for Ukraine, and set the stage for economic growth in Ukraine for years to come.