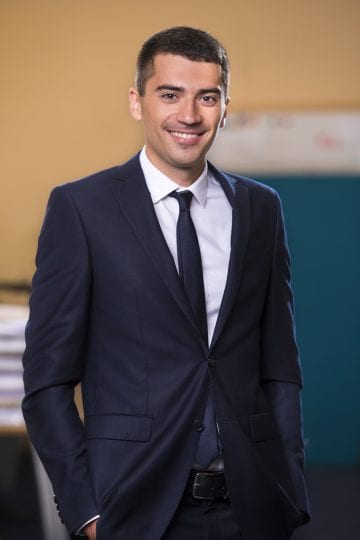 In five short years since the Revolution of Dignity, Ukrainian society has undergone a tectonic shift, shedding its Soviet past and unalterably choosing a pro-western democratic orientation that gains strength and momentum daily.

Results of market-oriented reforms that took place in recent years in Ukraine are already evident – Ukraine climbs seven positions in the 2020 edition of the World Bank’s annual Doing Business survey and now occupies 64th position in the influential report. We advanced in six out of ten categories featured in the ranking including improvements in getting electricity, registering property, and trading across borders. Ukraine has now climbed 48 places since the October 2013 edition of the annual survey, when it ranked 112th globally.

In addition to that Ukraine’s progress is recognized by the business community present in Ukraine. According to a survey of 110 existing companies in Ukraine conducted in October 2019 by the American Chamber of Commerce, one of the largest and most influential foreign business association in Ukraine, 64% affirmed that the quality of Ukraine’s investment environment has improved since 2014 and 82% are planning to expand its business in Ukraine in the next 5 years.

Moreover, Ukraine is on the growing track – its GDP grew 4.6% in the second quarter of 2019 – the most rapid growth in almost a decade. It is worth mentioning that this happens at the time when EU economies are slowing down. World Bank significantly improved Ukraine’s economic growth forecast for 2020 from 3% to 3.7%, while most other countries’ growth forecast remained unchanged or was revised downward. Ukraine becomes a really stable and predictable emerging market with measurable risks and huge rewards.

This is just the beginning. Within the past few months, the new Ukrainian Parliament and Government have demonstrated their eagerness and readiness to continue the implementation of reforms by passing important economic laws, which carry on the deregulation process and further unlock Ukraine’s investment potential. Here are just a few samples:

Law “On Amendments to Certain Legislative Acts of Ukraine on Encouraging Investment Activity in Ukraine” abolishes an outdated and inefficient regulation including the obligation to pay a share participation fee as part of the settlement’s infrastructure development. It also introduces security for loan liabilities to minimize the creditors’ risk associated with repayment of bad debts and creates the prerequisites for increasing the volume of business lending provides additional mechanisms for the protection of minority investors’ rights in Ukraine.

Law “On concession” will allow attracting a significant amount of private investments in modernization and improvement of infrastructure, sea and river ports, highways, airports, and other state-owned facilities. Now concessionaire selection is made to the best international practices and the online platform for concession procedure will be settled. Private capital will have the freedom to choose governing law for contracts in the course of project implementation. All disputes are to be solved through negotiations or other ADR mechanisms in Ukraine or abroad subject to mutual agreement by the parties.

Law on “Space Liberalization” is aimed at creating a competitive environment for the development of private property enterprises along with the public sector of the space industry and attracting investment in Ukraine’s space industry. Ukraine is one of the few nations with a full cycle of design, production, and operation of civil, military and cargo aircraft, as well as supplying space technology. The new law will bring competitiveness by allowing private companies to engage in space activities, including the launch of rockets into space. It opens outer space for citizens and legal entities and the ability to freely explore and use outer space.

Meanwhile, a land market is planned to be opened in fall 2020. According to the World Bank, the opening of the land market can significantly increase land productivity given larger private investment in the owned rather than leased land and boost economic growth in Ukraine by over 2%. The current draft law imposes some limitations for selling land to foreigners as a transitional period was determined until 2024. During this period, companies with foreign beneficial owners will not be eligible to buy agricultural land. However, foreigners that have rented land for over 3 years can acquire it after market opening.

The privatization of state-owned enterprises (SOEs) provides further opportunities for foreign business. Currently, there are over 3,600 SOEs, 1/3 of which are non-operating and much of the rest are loss-making. The new Government has already shown that it is keen to launch large-scale privatization by approving investment advisors for the first 4 objects.

Overall, Ukraine has made significant progress in improving the business environment in the past few years and is now open for business. With President Zelenskyy and the new government setting a target of accelerating GDP growth to 5-7% per annum, we expect to see even greater foreign investor interest in Ukraine, thanks to growing international awareness of the country’s strong economic fundamentals, Ukraine’s position as a Eurasian hub, its strengths in innovation and highly educated workforce, and the country’s competitive economic advantages. We at UkraineInvest share Government’s ambitious agenda and are ready to provide investors with appropriate advice, contacts and personalized service. We enhance the investors ease of entry into the Ukrainian market and provide sufficient and effective aftercare to them to encourage the reinvestment.