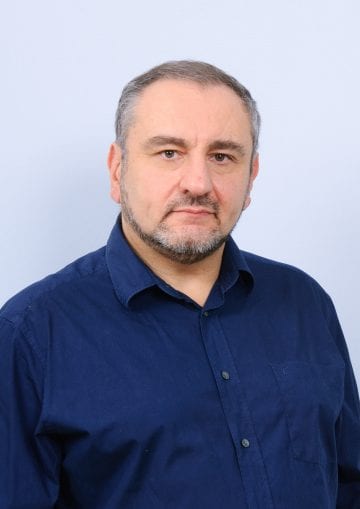 The 2019’s electoral season turned upside down the habitual way of Ukraine’s governance. For all of the times presidents more or less successfully compensated weak institutions and lack of legislative majority with informal instruments (like blackmailing) operated by their own “political clan” – a vertically organized reputation based web of clients and cronies that Henry Hale called “pyramid”. But the voters elected Vladimir Zelenskiy mostly for not being part of the post-soviet elites, particularly lacking respective skills and having only tiny personal “pyramid”; instead they, for the first time in Ukraine’s history, endowed him with single-party majority. This opens unseen opportunities but brings existential risks.

Logically, such president should lean on the formal institutions in implementing his program (in turn, strengthening these institutions), because for the lack of his own mighty pyramid these are his only own instruments of power. Using somebody else’s pyramid (say, provided by oligarch Igor Kolomoyskiy that secured Ze’s victory) would mean ceding the lion’s share of the real power to its owner – which cannot suit young and extremely ambitious new president. Besides, becoming an arbiter over all oligarchs rather than staying with a single patron is rational for the president: there are no historical examples of large countries with plural oligarchs where president elected with high majority remains the single patron’s puppet for any long.

Normally, a pyramid was needed for being effective arbiter, but formal institutions could also make the trick if Zelenskiy offers to oligarchs a credible road map of transformation towards transparent impersonal “rules of the game”. All Ukrainian oligarchs said in different times that they are interested in such rules, just lack credible commitment that all of them will be perpetually treated equally – which, in turn, can be assured only by establishment of the rule-of-law, thus both processes should go hand-in-hand.

All of this taken together would mean a breakthrough towards real liberal democracy and competitive market economy, which, in turn, can boost capitalization and wellbeing, so that everybody wins at the end. This all is possible, but so far remains rather an unlikely optimistic scenario.

It is doable provided (a) abovementioned formal institutions are sufficiently reliable to lean on them, (b) a well-thought reform program exists, and (c) the president’s party is real – but none of above is true. Indeed, the Ukrainian state institutions are of inferior quality so that at least for some time Zelenskiy has no choice but using Kolomoyskiy’s people and their informal networks – and the latter will do his best to uphold this situation for as long as possible. Building his own pyramid takes decades, current Ze-team is very far from this: it is rather a narrow and heterogeneous circle of people that in many cases met just a year ago or even later and failed to prepare a program they ever dare to publish. Neither he can lean on his party that is still to be built from scratch: as of now, the most of MPs were recruited by the headhunting services. Last but not least, so far Ze demonstrates all but respect to the RoL and institutions. He is also unskilled and even ignorant in many issues necessary in his position, although learns quickly.

But if he fails to emancipate from Kolomoyskiy and become an arbiter, the unchecked oligarchs’ competition for rents can destroy Ukraine’s economy in months, and so can do Kolomoyskiy’s wishes’ materialization. Already bad governance is further weakened by unskilled and often ignorant lawmakers that, above all, lack the institutional checks and balances – this would lead to mounting mistakes, some of them fatal. Within a year or even less this will result in a crisis having three basic possible outcomes:

There is no “political swamp” in Ukraine any more – actually, for already six years since the Revolution of Dignity begun. The closer to culmination this blockbuster is, the more important is voters’ education and enlightenment, as well as every move and every word of our Western partners. Alas, the West still too often looks onto the formal and surface things, lacks insight and understanding of the real processes, and listens to the experts telling “understandable” things that are far from reality. Not just Zelenskiy, but all of us need to learn fast – otherwise it can be too late…