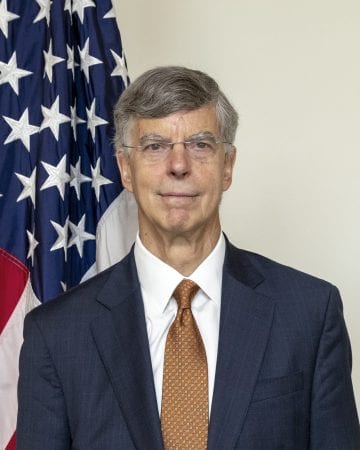 40 million people. Abundant natural resources. A location in the heart of Europe.

It’s a very exciting time to be in Ukraine. The whole world is captivated by this energetic, dynamic country with great potential.

Many diplomats, political analysts – and of course, the Ukrainian people – are asking these days: Is this a new Ukraine?

Is something really different?

Is there a new commitment to European values?

Is there a new commitment to defeating corruption, oligarchs, and cynicism?

Is there a new commitment – and perhaps new approaches – to ending the conflict in eastern Ukraine?

From what I’ve seen and heard in meetings with dozens, if not hundreds, of Ukrainian officials and civil society members, the answer is clear.

The Ukrainian people want deeper connections with the EU, with NATO, and with individual Western countries.

The Ukrainian people want to root out the corruption that has plagued their economic progress and Western integration in the past.

And the Ukrainian people want to explore all possible options for resolving the conflict in eastern Ukraine in a way that restores and respects Ukraine’s sovereignty.

With steady support from U.S., European, and other partners – combined with action from the Ukrainian government and civil society – I’m optimistic that Ukraine can make significant progress in the coming months along its Euro-Atlantic path. And the U.S. is supporting free elections, market economy reforms and the effort to defeat corruption to help Ukraine in taking its rightful place among the nations of Europe.

Progress isn’t easy. We all know that. I served as U.S. Ambassador to Ukraine in 2006 to 2009, following the Orange Revolution. Hopes were high in that period, too, but Ukraine fell back into old patterns. And then, in 2014, Russia illegally occupied Crimea and sent its “little green men” to the Donbas, abandoning the post-World War II order that had kept the peace and enabled prosperity in Europe.

It’s critical that Ukraine’s Western partners continue to band together, in support of Ukraine and in support of the international order established after World War II: The importance of sovereignty. The sanctity of borders. The peaceful resolution of disputes.

But Russia flouted international norms when it invaded in Ukraine in 2014.

Russia’s illegal aggression in Ukraine affects all of us – not just Ukrainians, but other Europeans, Americans, and nations around the world who believe in international order and in nations’ sovereignty.

We must continue to resist Russia’s attempt to destroy the order that nations around the world painstakingly built.

Ukraine and its people are fighting back with soldiers, weapons, and sanctions.

European nations and Canada are fighting back with sanctions and with military training.

Meanwhile, the United States is providing Ukraine with lethal weaponry and training, maintaining punishing sanctions on Russia, and providing technical support to Ukraine as it builds government infrastructure to support its Euro-Atlantic integration.

Each of our nations has a critical role to play – in stopping the killing, in reestablishing Ukrainian sovereignty and territorial integrity, and in supporting Ukraine as it tackles corruption and integrates further into the Euro-Atlantic community.

Otherwise, what will stop Russia from applying the same approaches and the same tactics it uses in Ukraine – disinformation, hybrid warfare, cyber attacks, and election interference – in other nations, including our own?

The success of the international order is not a given. It requires the persistence, commitment, and contributions of all nations who support freedom, democracy, and sovereignty.

The Ukrainian people are actively fighting two battles: against Russian aggression and for a brighter, Euro-Atlantic future. We have to help them win both.

Ukraine is at the center and the forefront of the global fight for sovereignty and for international order. And so Ukraine matters to all of us. And Ukraine must succeed.