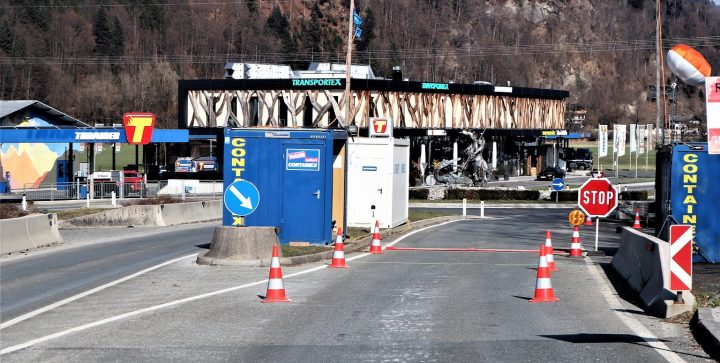 [Photo is not from Beitbridge BCP]

Over 30 African countries (including Zimbabwe) have instituted measures to limit the spread of COVID-19 since March 2020. Some of the measures include the following:

Table below lists some of the measures instituted to date in Zimbabwe.

Table 1: COVID-19: Trade and trade-related measures in Zimbabwe in spring 2020

Despite their limited objective, the above measures inevitably tend to have intended and unintended consequences. They (i.e., both measures and their effects) tend to be nuanced, unclear and not easy to track. Take, for example, the requirement for vigorous enforcement of COVID-19 screening and testing, especially of truck drivers at all major entry ports. While this requirement might serve to contain the spread of the virus across borders (positive effect), it could inadvertently and simultaneously slows regional and international trade flows (negative effect).

Without reliable data on border activities such as the amount of time to clear customs, and idling time of trucks, among other metrics, it is impossible to determine the level of trade-off involved in any of the measures. Anecdotal evidence based on media reports suggests truck drivers are increasingly facing inordinate delays at border crossings along major corridors.

A statement by the Common Market for Eastern and Southern Africa (COMESA) Business Council issued on the 17th April 2020 called for measures to facilitate the movement of essential goods and services across borders. The statement underlined the potentially disruptive effects of the COVID-19 pandemic on transport and logistics operations. Concerns raised include the following:

Zimbabwe depends on a network of corridors, cross border transport and logistics services for both regional and international movement of tradable goods and services. Beitbridge border post between Zimbabwe and South Africa is one of the busiest along the North South Corridor (Fig. 1).

Figure 1. The main transport corridors in Southern Africa and the location of the Beitbridge Border Crossing Point (BCP) between Zimbabwe and South Africa. Source: ECDMP

Based on the most recent available statistics (January 2020, i.e. before stay-at-home lockdowns and other non-pharmaceutical interventions such as “social distancing” were instituted), it took on average 13.8 (median) hours to complete import processing at the Beitbridge border. This is a relatively efficient level of performance compared to other borders in the region.

The Zimbabwe Customs Administration at the Beitbridge border post is reported to have activated its risk management system in response to COVID-19. Accordingly, most of the processes are done online to reduce direct contact and exposure to the virus. Most physical examination of goods is also suspended.

If this is accurate as reported, it would suggest that Beitbridge has dodged the many challenges faced in many other border crossing points throughout Africa. The implication is that coordination of border management between South Africa and Zimbabwe has been rather efficient.

Situated in southern Africa, Zimbabwe has a total population of nearly 14 million (2019 est.) occupying some 390,757 square kilometres. One of Zimbabwe’s main exports is raw tobacco, accounting for more than half (51%) of its exports in 2017 valued at US$997 million. The 2020 marketing season, which usually starts in March, was delayed by a month due to the COVID-19 pandemic. The new season only kicked in on April 29. It remains to be seen how this season’s tobacco export will be managed given its dependence on road freight transportation. In 2019, the country sold 259 million kg of tobacco leaf worth US$518 million. 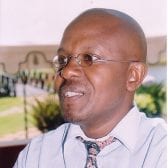 Kenneth Odero is a Regional Scientist. Prof. Odero is currently based in Harare, Zimbabwe, where he works on regional transport, logistics and climate change related projects. Until March 2019, he was Associate Professor at Namibia University of Science and Technology, Windhoek, where he played a leading role in preparing the First Namibia State of Logistics 2018 Report.