The project team consists of the PI, four researchers and a research assistant. Our research interests and responsibilities are described below. 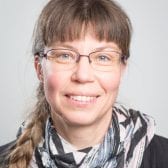 PI of the project SCISMA

My main research interest concern medieval papacy and ecclesiastical history but also sins, crimes, law and everyday life. Therefore, I have spent over a decade in the Vatican Secret Archives. I have published various books and articles for example about the “papal tribunal of conscience” (the Apostolic Penitentiary) and the highest ecclesiastical tribunal, the Sacra Romana Rota.

In addition to leading the project team, my own research in SCISMA concentrates on careers, offices, networks and practices of the Roman curia in the Schism. 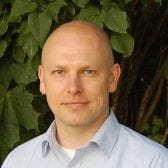 I am a researcher in the project SCISMA. I obtained my PhD in General History at the University of Helsinki in 2012. Previously, I have worked as a postdoctoral researcher in the projects Propreau – Profiling Premodern Authors and Modus Vivendi – Religious Reform and the Laity in Late Medieval Europe funded by the Academy of Finland. From January 2016 to July 2017, I worked as a visiting scholar at the Center for Advanced Studies in Medieval Civilization in Poitiers, France. I am broadly interested in medieval history, and I have a background in the study of religious orders and the cult of saints. More recently, I have focused on computer-assisted authorship attribution and medieval reform movements.

In SCISMA my research concerns the relations between the curia and Roman churches. I study how the Roman papacy sought to capitalise the spiritual and material might of the churches of the Urbs in its quest for primacy and in its struggle for survival. In the first place, I will examine the four major basilicas (St. Peter, St. Paul, Santa Maria Maggiore and Lateran church) for which the pope granted indulgences for the jubilee of 1390 but I will also pay attention to smaller communities, such as the church of San Clemente, and their role in the management of the crisis. 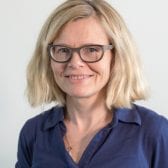 I defended my doctoral thesis in the Department of Cultural History at the University of Turku in 2013. The thesis focused on the desires and demands addressed to Thomas Aquinas’s relics in southern Italy in the Late Middle Ages. In 2017, I was conferred the title of docent.

My research interests include cults of relics, the Great Western Schism, Dominican liturgy, hagiography, and the devotional life of the laity in the Late Middle Ages and in the beginning of the Early Modern Period. In SCISMA, I will focus on the Dominican Order, its division in two, and later three, obediences following the popes of Rome, Avignon and Pisa. The gaze is in Rome where the Dominican convent of Santa Maria sopra Minerva was situated in the urban centre of the city and was in close contact with curia, for example through the Dominican masters of Sacra Pagina. When the Order was divided, the convent became the headquarters of the master of the Roman obedience. I will study the ways in which the friars of the convent interacted with the surrounding communities and negotiated their identity by the influence of the Schism. Together with the surviving documents, the cult of saints and their relics will shed light on mechanism of the propagation of religious ideas and identities during the Schism.

I am a postdoctoral researcher at Turku Institute for Advanced Studies (TIAS) and the Department of Cultural History. I obtained my PhD in Cultural History at the University of Turku in 2016 with a dissertation on late medieval heresy and the German inquisitor Petrus Zwicker. A book based on the dissertation, Heresy in Late Medieval Germany: The Inquisitor Petrus Zwicker and the Waldensians was published by York Medieval Press in 2019. My main research interests are heresy and inquisition, polemical literature, authorship attribution and stylometry as well as medievalism and history politics. In SCISMA, I will concentrate on rebuilding the curial administration of the Roman obedience, and especially the role of Dietrich of Niem 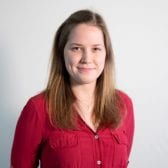 I am a post-graduate researcher in the project SCISMA. I completed my MA at the University of Turku in 2016 and I am currently working on my doctoral dissertation. I have been part of a digital humanities’ project Profiling Premodern Authors funded by the Academy of Finland in 2016–2018 as a research assistant and a project researcher. I spent the academic year 2018–2019 at the Institutum Romanum Finlandiae. My research interests include East­–West relations of the (Late) Middle Ages and conflicts and schisms of religious groups and communities. In addition, I am particularly interested in the ways in which these communities found ways to survive and solve these problems. Besides, I am keen on Greek and Latin languages and the humanism of the 14th and 15th centuries.

As a part of the project, I will write my PhD dissertation. After that, I will work as a postdoctoral researcher and study the monastery of Grottaferrata and the Schism. The monastery of Grottaferrata, which followed the Byzantine rite but had close ties to the Roman papacy, was situated in the Roman countryside, surrounded by the lands of the Roman barons and not too far away from the Roman papal court. The Schism created a new reality in which the monastery had to find a way to survive by allying with the right pope. I will study the ways in which the monastery operated in order to survive and how it had to reshape its loyalties and even its identity during this crisis.

I am a project assistant responsible for preprocessing Social Network Analysis data.