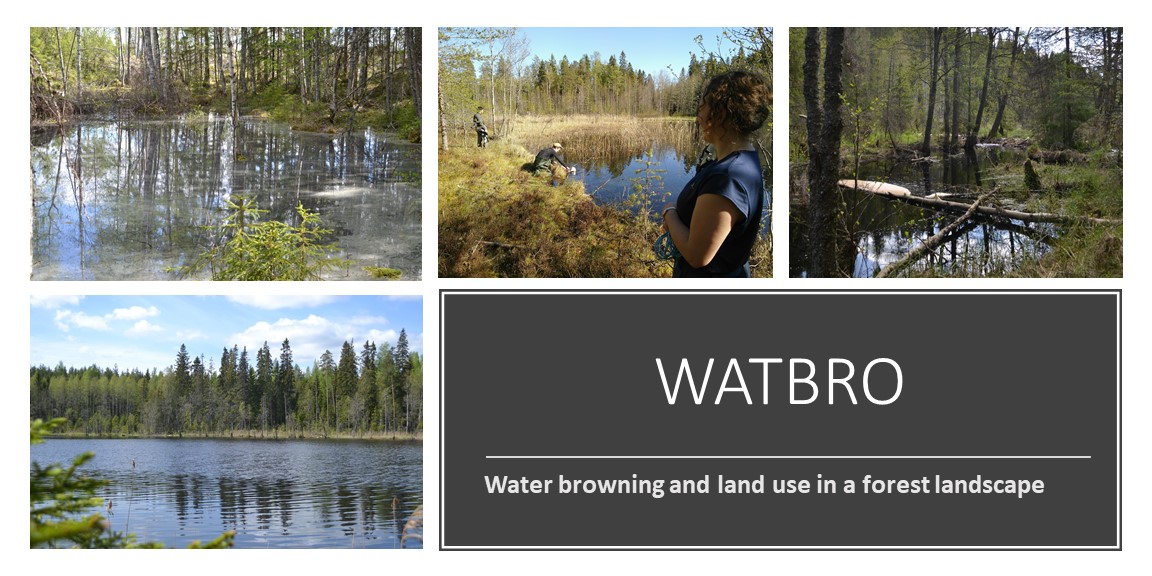 Lakes and rivers are becoming browner throughout the Northern hemisphere. This ‘brownification’ process is resulting mainly from the transfer of terrestrial organic matter in aquatic ecosystem. Areas which have suffered most from acid rain in the past are particularly affected due to subsequent changes in soil chemistry which facilitate release of matter in water. In addition increase in precipitation regimes is known to promote further browning due to increased dissolved organic matter in runoff water. Thus given the actual climate change predictions of wetter conditions and its acid deposition levels, boreal Fennoscandia is predicted to be impacted most.

While the ecological consequences of water browning are not well known, changes in water colour are expected to have negative effect on aquatic ecosystem and food web. During the first part of this project, I have established that invertebrate abundance and richness has dramatically decreased as a consequence to brownification. This result leads to concerns for species which are foraging on aquatic invertebrates. Fenno-scandinavian lakes are the most important waterfowl breeding areas in Europe, thus changes affecting waterfowl breeding output might reveal to have dramatic effects on their whole population. We established that invertivores waterfowl species have largely decreased during the last 2 decades in the Fenno-Scandinavian breeding ground as opposed to herbivorous species. This result strengthens our believes that brownification has dramatic effects on ecosystem functioning.

Looking for a Master thesis topic, an internship?