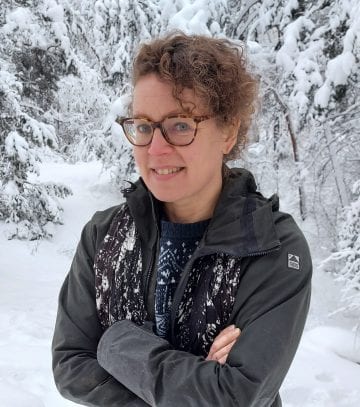 Habitat loss and fragmentation are the main reasons for species decline worldwide. However, there are also increasing amount of different environmental changes affecting species and habitats assemblage. The eutrophication of the sea, deposition, climate change, invasive alien species and their multiplier effects change the structure and function of habitats. Efficient nature conservation and management is a demanding task at fragmented and changing environment. New practical solutions are needed to secure the biodiversity in these settings. To build up biodiversity capital strong enough to face the ongoing and coming changes at Archipelago Sea, new nature management concept has been under development. This networking concept acknowledges national priorities and regional responsibilities and works them through regional targets to site specific management guidelines. Cost-efficiency is relevant on every step.

Nature conservation areas are the backbone of biodiversity. However, in the static landscape structure and in the cross-pressure of different types of stresses, they can’t preserve their diversity without nature management. Nature management targets different parts of biodiversity, dependent on the purpose. In nature conservation areas main targets are to restore and maintain both diversity in general and the endangered nature.

Archipelago has a unique character as a Finnish landscape. Outer archipelago is dominated by open and semi-open habitats such as heaths, rocky outcrops, deciduous forests and different kind of meadows. This environment is at a cross-pressure between strong and numerous environmental stresses and changes which threaten the species and habitats of open sites. In addition to these, ending of traditional ways of life cause increasing growth of forests. On the other hand nature management has a long tradition and its good results are widely known. Nature management in the Archipelago National Park has shown that the surface area of endangered habitats and the population of endangered species can be increased through high-quality nature management planning and local cooperation.

Future will bring new pressures and environmental changes. In 2018, different parts of the Archipelago Sea meadows experienced an exceptional drying. The long-term drought burned the vegetation on dry meadows and their honeydew plants as early as at the end of June and continued far into July. Climate change not only increases growth. It also makes the weather extremes more extreme, and rising temperatures have already reduced the ice cover, and in the future the water level will rise. In order to preserve biodiversity, efforts must be made to anticipate these changes. The slow response of nature and the multifaceted, partly unknown interaction networks make the situation even more challenging. Habitats of the Archipelago Sea are still adapting to the changes that have been taking place over the past 100 years. As a result, effects of the new changes are hard to filter.

Maintaining individual sites is not enough to preserve biodiversity in a changing landscape. Outside the restored sites, habitats have continued to overgrow, and hundreds of species are still threatened. A strong ecological network has long been identified as a key factor in preserving biodiversity. In a high-quality, habitat network, species have all the resources they need available near vicinity, they can move from unfavourable sites and areas to others, and within the site on the moisture and shade gradient.

Since 2015 Archipelago habitat networks have been strengthened by systematic targeting of actions, optimisation and predictions. Archipelago Sea networking concept concentrates management to specific areas where endangered species amounts are high, but occurrence sites or network need significant amount of restoration. Concept creates win-win management solutions between crossing networks of threatened species on each management area. Populations will be strengthened by increasing the surface area of desired habitats and improving the quality of actions. Preparations for climate change include restoring new sites to favourable places, targeting the restoration measures to a large humidity gradient, continuous landscape cover and a wide variation in management intensity. Networking concept used, shall be published in February 2021. Despite publishing, the plan continues being adaptive, it is constantly updated as climate change scenarios become more specific, information is accumulated, experience gained and new projects applied.

By managing networks, we achieve both ecologically and economically functional entities. In logistically challenging archipelago environment significant amount of resources are saved especially in working hours and logistics. With this concept for example planning, contract work and grazing management are cost-effective to arrange.