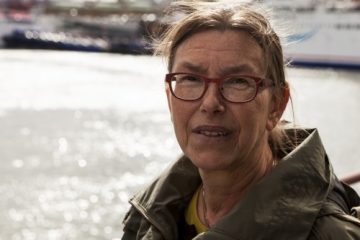 The global shipping sector contributes to a large part of the transport work, but it also contributes to the total CO2 emissions by almost 3 %. With the existing plans for decarbonisation only around 20 % of the shipping will be fossil free in 2050 and increased future transport may even lead to an increase in emissions. There are also several other ship emissions to air that influences both human health and the environment and the Baltic Sea is also designated as a Particularly Sensitive Sea Area, PSSA, by the IMO as well as being one of the “special areas” in the MARPOL convention, emission control areas, ECA.

Some emissions are subject to regulations, like nitrogen and sulphur oxides. For CO2, however, only data collection on the fuel oil consumption is compulsory globally today, but the goal of the International Maritime Organisation, IMO, is “to peak GHG emissions from international shipping as soon as possible and to reduce the total annual GHG emissions by at least 50% by 2050 compared to 2008”.

Thus, “zero emission” can refer to different emissions, although greenhouse gases (GHG), including CO2 and methane, are most in focus. The decision maker faces a multicriteria situation with both short- and long-term aspects and the decision on a new fuel and/or energy conversion technology is not only an environmental one, but health impact, technology, economy, logistics, availability, public acceptance, ethics, and political issues also are of importance.

Some things to note when making a fuel choice:

These can all be used with fossil as well as renewable energy carriers.

In addition, sail aided propulsion is also under development and can be attractive for some applications.

The combustion engine with low emitting, non-fossil fuel has a potential to be used also in coming years. Biofuels (HVO, LBG, lignin based fuel etc) provide a potential, although the availability of biomass is limited compared to the fuel use in global shipping.

Synthetic liquid or gaseous fuel, “e-fuels”, like methanol or ammonia can be used in combustion engines but also in fuel cells. These can be produced from renewable electricity via electrolysis to hydrogen and adding CO2 or N2 . The technology for production is more complicated and the energy efficiency “from sun to fuel” is lower than when using electricity or hydrogen. This will also influence the cost of production.

Hydrogen, made from renewable electricity, can be directly used in fuel cells or combustion engines. It yields only water in fuel cells, nitrogen oxides may be formed in combustion engines. This is a very efficient energy carrier and many initiatives for production and use are on-going. The present lack of infrastructure and the low level of technology readiness makes the time scale for large scale introduction longer than for biofuel or e-fuel but it has the potential to become an attractive alternative with time.

From energy efficiency as well as total emissions point of view, the direct use of renewable electricity is a preferred choice. There are many applications where it is possible to use electricity stored in batteries, or even to connect ferries to the grid and there is lot of development. However, battery weight well as capacity issues need to be handled and battery production sets demands on scarce elements and new mines.

The main primary sources of non-fossil energy for shipping are bio-mass or renewable electricity.

Thus, there is no “one solution for all applications”, but there will be many alternative fuels and technologies used in the coming years depending on application and local conditions.