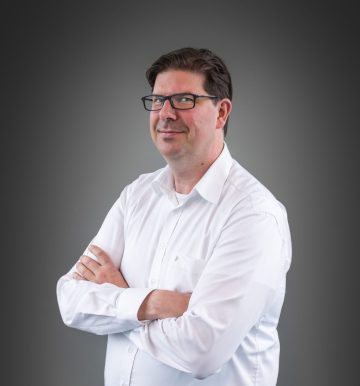 Our economy relies heavily on shipping containers and an estimate of over 90 percent of world’s goods are transported by sea. The shipping sector with one billion tons of CO2, accounting one-quarter of all emissions from the global transport sector and  3 percent of global CO2 emissions, faces intense pressure to decarbonize in the coming decades. Short-term measures such as the Energy Efficiency Existing Ship Index (EEXI) as a technical measure looking at design of the ship as well as energy-efficiency measures and energy harvesting will be put into force by 2023. Other fundamental key drivers for decarbonisation of shipping are a new regulatory framework for assessing carbon risks for companies by the Task Force on Climate-related Financial Disclosures as well as commercial pressure and expectations of cargo owners, consumers and investors. In order to meet the targets, utilization of new fuels is necessary.

Although there has been an increase in the uptake of alternative fuel in shipping of nearly 12 percent  over the past two years, new fuels are still fossil-based and dominated by liquid natural gas (LNG). To really tackle shipping’s contribution to climate chance, synthetic fuels derived from abundant renewable sources must be utilized large-scale. Green hydrogen is announced as the key solution to large volume storage of renewable energy. It maybe used directly as a carbon-free fuel but exhibits low energy density, high storage cost and is extremely flammable. Implementation of synthetic fuels such as methane, methanol or dimethyl ether (DME) that are produced from green hydrogen and CO2 is currently discussed as a possible pathway to decarbonisation of global shipping. To account for the greening potential of synthetic fuels, availability and sustainability of the CO2 source as well as method and cost of its production must be critically assessed.

Recently, there has been high motivation to explore green ammonia as a maritine fuel that offers a great opportunity to truly decarbonise shipping. It is carbon-free and synthesized from abundant atmospheric nitrogen and water by means of an entirely carbon-free process. It possesses a high gravimetric density of hydrogen of around 18 percent, resulting in a high energy density comparable to that of methanol. Ammonia is easily liquefied and transported at -33 °C or, alternatively, under a very modest pressure of around 9 bar. As a feedstock for fertilizer production, around 180 million tons of ammonia are today produced annually and transported globally by an established infrastructure per pipeline, rail, road and ship. Ammonia storage and distribution is highly cost-efficient and has the advantage that there is no CO2 emission at the users end. It may be used directly in marine propulsion or back-converted to pure hydrogen on-board for utilization. A key step in the realisation of ammonia as a marine fuel is the development and implementation of suitable propulsion technologies. Ammonia marine internal combustion engines (ICE) are intensively developed by major marine engine manufacturers. Because of poor combustion characteristics of ammonia, dual fuel operation with diesel or hydrogen as accelerant is applied. In dual fuel ammonia hydrogen zero-carbon ICE propulsion, an ammonia cracker supplies around 10 percent of hydrogen accelerant into the fuel stream. For control of NOx emissions and ammonia slip, effective catalytic conversion must be implementated in the exhaust gas system of the ICE. Fuel cells are a class of new marine propulsion technologies. Solid oxide fuel cells (SOFC) maybe operated directly with ammonia and offer high efficiencies with the possibility of combined heat and power production. The cycleability of the SOFC must still be improved to allow for maneuvering the ship. Polymer exchange membrane fuel cell (PEMFC) exhibit a better cycleability but must be supplied with hydrogen by means of an ammonia-cracker. Thermal cycling of the cracker as well as purification of the hydrogen stream in the feed gas are still highly challenging and large efforts in development of catalysts and membranes are required. Since ammonia is highly toxic, adapted safety systems on board of ships are required. In addition to classic methods such as hydro-shielding, systems must enable safe enclosure of ammonia in compartments. Finally, global supply chains of green ammonia including bunkering structures must ensure a secure supply of ammonia as a marketable fuel. It is important not only to import ammonia but also to produce regional ammonia in the Baltic Sea region. For this purpose, a suitable infrastructure and ammonia production plants are to be established with the neighboring countries. Also, public acceptance must be achieved by safe regulations and appropiate community engagement.