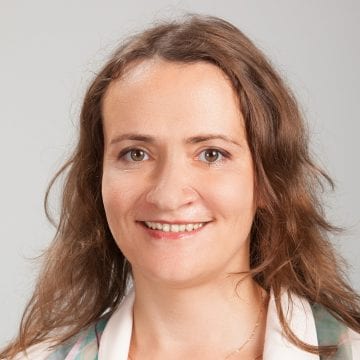 A year ago, in September 2019, Russia formally adopted the Paris climate agreement, making a step towards implementation of the national low-carbon energy policy. Historically, Russia has shown only fair climate concerns, prioritizing reliance on traditional energy intensive sectors and fossil fuel export-driven economic growth. But economic and political calculus, supported by fears of rising climate protectionism on behalf of western partners, as well as well the interest to preserve the role in one of the key areas of international governance pressed for ratification of the deal. Nevertheless, does the ratification of the Paris agreement really mark a change in terms of Russia’s energy transition?

On the one hand, the Paris agreement set a framework for revising climate policy targets towards more ambitious goals. Accordingly, in December 2019, Russia revealed its first National Action Plan for the first stage of adaptation to climate change till 2022. The document sets the timeline for developing the climate monitoring and climate change adaptation plans at regional and sectoral levels. A dynamic framework for enhancing low-carbon energy transition, leading to more and more stringent targets, is one of key advantages of the Paris agreement.

On the other hand, Russia’s climate commitment remains very cautious. Under the Paris agreement, Russia pledged to reduce its GHG emissions by 25-30 percent in 2030 to 1990 levels, taking into account the absorptive capacity of forests. In fact, this target allows increasing the GHG emissions, for the reason of a sharp economic downturn of the 1990s. Emissions growth forecast for the next decade is reiterated in the newly available project of Strategy of the Long-Term Low-Carbon Economic Development for the period till 2050. The Strategy forecasts the GHG emissions at the level of 64-67 percent of 1990 by 2030, and 52-64 percent by 2050, depending on scenario. Thus, the Strategy does not propose a major step forward in comparison to initial pledge in medium term. Correspondingly, main mitigation efforts are reported for a longer-term perspective, after 2030s.

Currently, no economic regulation instruments (like carbon taxes, quotas etc.) are put in place to ensure the climate targets. The law on GHG emissions regulation (in discussion since about five years) does not include provisions for carbon pricing. The major policy initiative for energy efficiency does not receive sufficient public funding, resulting in a slowdown of energy intensity reduction.

In short and medium run, low economic activity will contribute to stay within the targets. Business pressures against stringent CO2 regulations are on the rise, aiming to prevent additional costs on companies. At macro level, economic slowdown caused by Covid-19 pandemic, as well as low oil prices and falling fiscal returns from the oil and gas industry are likely to constrain the availability of public funding for climate policies. New sanctions risks further destabilize the economic climate. In result, decarbonization is likely to be shaped by business-as-usual trends. Although the green electricity subsidies are likely to be renewed, they make only a minor contribution to decarbonizing Russia’s GDP.

In longer run, under weak national policies scenario, low carbon transition impacts on Russia will be largely shaped by external impacts. The latter result from various economic and political factors, including post-COVID recovery speed and impacts on global energy demand, implementation of carbon neutrality targets in the EU, or energy transition patterns in China.

In such context, mitigation efforts rely on bottom-up dynamics, with many of Russia’s largest companies showing their commitment to climate goals. This is valid for Russian energy giants, like the state-owned Rosneft, which is scored “B” by 2019 Carbon Disclosure Project ranking, or Gazprom, with a “C” grade respectively for the quality of climate reporting. Engagement on behalf of the largest players will stimulate further sustainable changes through the value chain, including the networks of partners and subcontractors.

Russia presents huge potential in terms of decarbonization opportunities, both in traditional energy intensive sectors, as well as in clean energy sources. It also has competitive advantages in ICT sector development. This opens possibilities for joint investment projects in the field of sustainable technologies and energy management. Today, several international players already operate in Russia, for example for solar or wind project development, in cooperation with Russian industrial groups.

In longer run, these changes may lead to reshape traditional value chains, shifting from carbon-intensive energy and raw materials exports towards developing novel cooperation areas in international energy business. Proactive approach on behalf of various stakeholders is needed to explore the potential areas of joint interest.