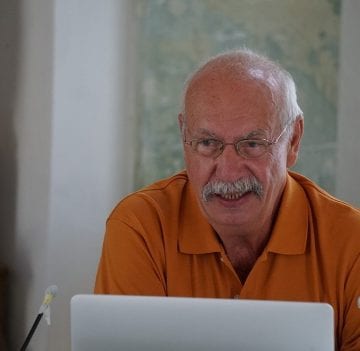 After the reactor disaster in Fukushima the German Federal Government, the Bundestag and the Bundesrat decided the “Energiewende”. It is to the one the gradual phase-out of the use of nuclear power plants by 2022. On the other hand, renewable energies should be expanded to the mainstay of future energy supply. Already in the integrated climate change and energy program of 2007, the Federal Government had brought the first packages for a State of the art, secure and climate-friendly energy supply in Germany on the way and at the same time set on ambitious, intelligent and efficient climate protection measures. Germany is aiming for a sustainable energy system by 2050 and will be one of the most energy-efficient and environmentally friendly economies in the world. That’s why saving energy and increasing energy efficiency play a crucial role in this process. But the energy transformation affects not only energy policy. It is a fundamental choice about the social, economic, technological and cultural development of Germany.

However, the course for an “Energiewende” in Germany was set not in 2011 but several decades previously. This applies for the nuclear phase-out, which is inextricably linked to the setting change of nuclear power after the Chernobyl reactor disaster, as well as for the promotion of renewable energy sources in electricity generation, as well as for the constant reduction of energy consumption in all sectors of the economy. The most important and successful instrument in Germany’s toolbox to reduce greenhouse gas (GHG) emissions was the promotion of renewable energy sources for electricity generation (RES-E) through a feed-in tariff. The Electricity Feed-In law of 1990 was followed by the Renewable Energy Law (EEG) of 2000.

The integrated climate and energy concept, adopted by the Federal Government in 2007, defined the goals of “Energiewende” by the year 2050, to be achieved via partial goals for 2020, 2030 and 2040. By 2050, greenhouse gas emissions in Germany should be reduced by 80 to 95% (base year 1990) and the share of renewable energy sources in electricity consumption should reach at least 80%. Improving energy efficiency is the key question in this context, therefore the energy consumption compared with the consumption in 2008 must be cut in halve. Since individual measures often only have a limited potential, the energy transformation in all sectors – industry, transport, households and in the trade and services sector –were started quickly.

The reforms of the EEG in 2014 and 2016 led to a fundamental reorganization of the promotion of renewable energies. In particular, the fixed feed-in tariff was replaced by a moving market premium.

Nuclear policy dealt with the problem of the final disposal of nuclear waste. In July 2013, the Site Selection Act (StandAG) was enacted. The Commission on the Storage of Highly Radioactive Waste presented its final report in July 2016. Based on the Commission’s recommendations, the recast of the StandAG of March 2017 lays down the criteria for the selection of possible disposal sites, rules for participation procedures and the conduct of the site selection procedure. At the end of 2016, the Law on the Reorganization of Responsibility in Nuclear Disposal stipulated that operators would remain responsible for the closure and decommissioning of nuclear power plants and packaging of radioactive waste. However, in the future, the Federal Republic will be responsible for the implementation and financing of interim and final storage.

The coalition agreement of the parties in power provides for some concrete fields of action in energy policy, e.g. special tenders for wind and solar energy. In addition, the target of increasing the share of renewable energy in electricity generation to 65% has been brought forward from 2040 to 2030.

In June 2018, the so-called Coal Commission was set up, which in January 2019 recommended to the Federal Government in its final report that coal mining and electricity generation should be phased out by 2038 at the latest. The report contains proposals for economic structural change in the regions concerned. The Federal Government, together with the countries concerned, has developed an overall structural policy concept to support the coal regions. A Structural Strengthening Act on Coal Regions (StStG) aims to establish a binding legal framework for structural support to the regions, by providing financial support for investment and other measures by 2038.

But to reach the central goal of the Paris Climate Agreement to limit global temperature rise to well below 2°C, Germany’s national actions to reduce GHG emissions must be significantly strengthened and the decarbonization of the energy system achieved sooner.