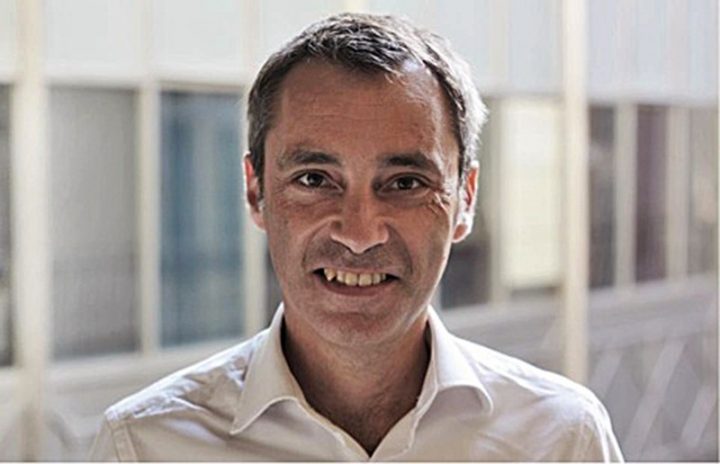 Professor Gábor Betegh from Central European University (CEU) of Budapest will visit the University of Turku in mid-April. He will give an open guest lecture on 17 April at Janus Lecture Hall, Sirkkala, at 4–6 p.m.

Professor Betegh was born and raised in Budapest, Hungary. He studied at Eötvös University, Budapest and at the École des Hautes Études en Science Sociales, Paris. He spent the final year of his doctoral studies in Cambridge, which he considers the most formative year of his career. At the moment, he is the Head of the Department of Philosophy at CEU. This is his first visit to Turku.

Professor Betegh, what is the topic of your guest lecture?

– It seems to be trivially true that two bodies cannot occupy the same place at the same time and that they can’t simply pass through one another. But why is this so? In my talk, I will examine the philosophers’ take on this issue, working my way backwards from some contemporary views through Descartes and Locke to the provocative claim of the Stoics that two bodies can share the same location, continuing with Aristotle’s and Plato’s arguments, to end up with a discussion of some Presocratic views which apparently ignore this principle.

– There are many ways to answer this question. Firstly, ancient philosophy continues to be a source of inspiration for contemporary philosophers – just think of the rediscovery of virtue ethics or certain aspects of contemporary metaphysics. Secondly, it seems to me that each generation necessarily has to internalise the most important intellectual products of the past by providing own interpretations of them. Indeed, contemporary interpretations of Plato, Aristotle or the Hellenistic schools are strikingly different from those produced a hundred or even fifty years ago. There is still so much we can discover for ourselves in the works of these authors. Finally, it remains to be an exciting intellectual challenge to work on these sometimes dauntingly difficult texts.

CEU just recently signed an agreement for an Erasmus exchange programme with the University of Turku which we are very happy about. What is the strength of the CEU? And what do you expect from students planning to spend a few months at your institute?

– CEU is an English language graduate-level university with double accreditation in the US and Hungary. Its faculty and students are truly international, coming from more than 100 different countries. A major strength of the Department of Philosophy is that it combines analytic and historic approaches: our analytic philosophers show an active research interest in the history of philosophy, whereas the historians of philosophy try to keep up-to-date with contemporary philosophy and use its methods and conceptual framework when appropriate. The department has many international contacts, and my colleagues and I are excited to start this new co-operation with the University of Turku.

I sincerely congratulate you on your appointment as the next Laurence Professor of Ancient Philosophy at University of Cambridge. How do you feel about being elected to the position?

– Thank you very much. As you can see from my previous answers I am deeply attached to CEU and to my native Budapest. On the other hand, Cambridge is one of the top places in my field – well, the top place if you ask me. Moreover, the Laurence Professorship is the oldest chair established specifically in ancient philosophy in the world and was held by many of my intellectual role models. So it is an exceptional honour as well as a great challenge for me to be elected to this position. In any case, I will not abandon CEU but will remain a visiting professor there.

Gábor Betegh was interviewed by Salla Raunio, PhD student at the Department of Comparative Literature. Her thesis on Plato’s Republic is supervised by Prof. Betegh.