The introductions of Markku Lehtimäki and Arja Rosenholm, who are the principal investigators of  The Changing Environment of the North (CEN) project. 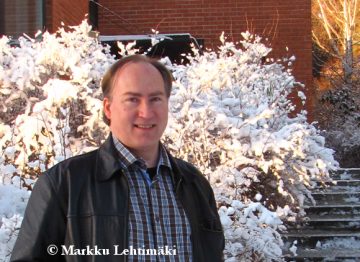 Markku Lehtimäki, Ph.D., is Professor of Comparative Literature at the University of Turku, Finland, and Adjunct Professor (Docent) of Comparative Literature at Tampere University, Finland. Previously he worked as Senior Lecturer in Literature at the University of Eastern Finland. His fields of expertise are narrative theory, visual culture, ecocriticism, and American literature. He is co-editor of several books, including Thresholds of Interpretation: Crossing the Boundaries in Literary Criticism (2006), Narrative, Interrupted: The Plotless, the Disturbing, and the Trivial in Literature (2012), and Visual Representations of the Arctic: Imagining Shimmering Worlds in Culture, Literature and Politics (forthcoming in 2021). His previous research project Natural Narratology, Cognitive Poetics, and Ecocriticism (2009–2011) was funded by the Academy of Finland.

Markku Lehtimäki’s contribution to the project focuses on the relationships between nature and narrative especially in Anglo-American literary fiction about the Arctic and the North, with a special interest in the historical, cultural, and material dimensions of water. The study will suggest that in order to bring the complex dimensions of climate change and other large-scale natural phenomena within the grasp of human experience, we use narrative to make sense of them. In the recent environmental narrative theory it is also argued that human and non-human minds are embedded in the natural environments in which they act, and this subproject takes part in that approach. 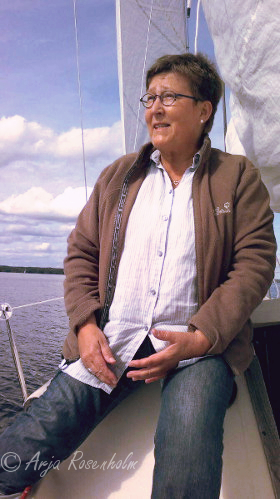 Arja Rosenholm, Ph.D., is Professor of Russian Language and Culture at Tampere University, Finland. She has published extensively on 19th and 20th century Russian literature and culture, especially on gender and ecocritical studies. She is the author and co-editor of Understanding Russian Nature (2005), Russian Mass Media and Changing Values (2010), Topographies and Popular Culture (2015), Meanings and Values of Water in Russian Culture (2016), and Water in Social Imagination. From Technological Optimism to Contemporary Environmentalism (2017). Her previous research project Water as Social and Cultural Space (AQUA, 2012–2016) was funded by the Academy of Finland.

Arja Rosenholm’s contribution to the project is to focus on the topoi of the Russian (and Soviet) North in literature and visual media. Of special interest is the increasing Arctic discourse imagined and reimagined in literature, visual art and film, as well as its representations by the contemporary Russian media. The study will follow the Russian Arctic discourse, its narratives and changing meanings; how they are constructed while framed by spatial studies and environmental humanities. The aim of the study is to read the Arctic as an object of self-envisioning demonstrating both conflicts and co-operation between human, non-human and nature, past and future, utopian and dystopian visions.