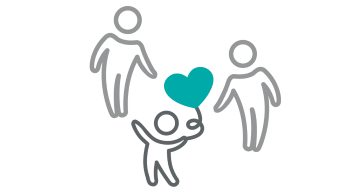 Oppositional and conduct problems are developmental precursors to a wide range of negative outcomes that indicate a later risk of marginalization, including peer rejection, school failure, psychopathology, substance abuse, criminality and suicidality. Approximately half of the preschool children who are identified as aggressive and have externalizing behavior develop persistent problems. Untreated disruptive behavior disorders are some of the most costly early childhood psychiatric disorders.

Parental training is the most effective approach to the psychosocial treatment of disruptive behavior and one of the best‐validated therapeutic techniques. Parents who take part in training interventions typically learn to identify, define and observe problem behaviors in new ways and acquire strategies to prevent and respond to oppositional behavior.

Voimaperheet intervention is based on telephone coaching, evidence-based digitalized psychoeducation and parent training. The length of the intervention is eleven weeks.

The Voimaperheet model has been integrated as a part of the extended health check-up covering the age cohort. The implementation resulted in good feasibility, fidelity, accessibility when compared with intervention in RCT study setting. The discontinuation of treatment in the implementation group was exceptionally low (12,4%).

Population: Families with 4 -year old children through population-based screening for conduct problems.  Ovet 72,000 families have been screened and over 3000 families have received the intervention.