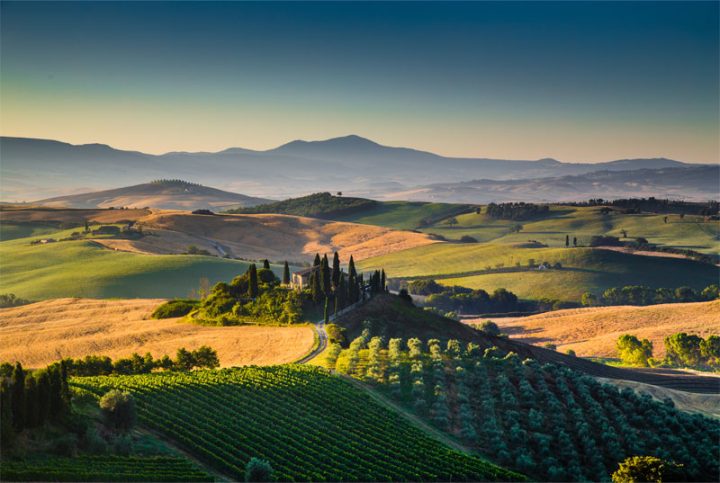 From the Past into Present and Future
Olli Manner

April 6, 2017, another great morning in Toscana. After a healthy breakfast everyone was prepared for a hard day’s work and even for a hard day’s night. The very first session was named “Lead building activities”. Instead of having the joy of playing with Legos we tried to dig into our own hearts using a “journaling method”. We did not share the results, but I am sure that everyone confronted the Big Questions: what is important in our lives, why do we not behave as we wish we should, why do we have conflicts with our own values, what are our sources of happiness, how will we look back to our lives at our day of death? The exercise was pretty heavy. Why on earth did we not change the things that prohibited us from living like we would like to? … and now, days later, what did we eventually do? eMBA 2015 Toscana Italy 2/5 Olli Manner / – 20.4.2017 In Italy there is, according to Paolo, a belief that if a bird poos on your head you are very lucky. Aleksi was not lucky – he was just happy that it quite didn’t. On the road again …

Our next exercise was a company visit in Mugello. Paolo told us on our way to Il Borgo that it is a company working like a well-trained orchestra; pure craftsmanship, beauty, leadership and excellence. Mrs. Maria Chiara, operational manager and the owner’s right hand, explained and we listened. Some of us were more fascinated than others. Il Borgo concentrates on knitwear and related accessories and most of their production is for luxury brands. It was founded in 1949 and at that time there were many similar small companies. Due to cost issues most of them are closed now. Il Borgo selected a strategy to target the luxury market and they succeeded. They use only the highest quality raw materials and work only for big brands. As an example, Maria mentioned that good Kashmir costs about 150 €/kg and crocodile skin costs 30 €/cm2 . They currently have 40 own people in-house and about 30 working at home. Their turnover is 3 M€. The question about profitability was bypassed. Learning to knit at home is not common anymore and therefore Il Borgo cooperates with Tuscan educational institutions. In November they are opening their own shop in Florence with the aim increasing the volume of the Il Borgo brand, which is now only 10% of turnover. eMBA 2015 Toscana Italy 3/5 Olli Manner / – 20.4.2017 Lunch was enjoyed in a small countryside trattoria “la casa del prosciutto”.

We had an excellent atmosphere at our table and judging by ear, the situation at the other tables was the same. In our well balanced program there was also something for the boys (definition for a set of mind, not sex). After lunch we had the chance to feel the power of sophisticated engineering skills when listening to a roaring Ducati at Mugello Circuit. The circuit is owned by Ferrari and it is used mainly for testing but it is also the location for Italian Moto Grand Prix. Valentino Rossi, a multiple MotoGP World Champion is considered to be on his home track when driving in Mugello. Our guide, Riccardo Bienvenuti, was very passionate about his job. The picture above is one of the very few when he is serious. Probably he is talking about safety, which is without doubt the number one issue for him and his team. E.g. a nearby hill was moved 100 m away to increase the safety of the drivers. Even though Ferrari is the owner, you do see too much of their brand. eMBA 2015 Toscana Italy 4/5 Olli Manner / – 20.4.2017 Riccardo has 20 years’ working experience in Mugello.

He provided a lot details while presenting their activities. The highest speed ever (until today) on the Mugello Circuit is 355 km/h on a motorbike. Formula 1 car has made it only up to 330 km/h. There are 15 pages of rules just for giving a trophy to the winners. For monitoring the circuit – part of safely – there are plans A, B, C and even plan D. It takes 40 seconds to have a medical doctor on the spot if an accident happens.

The Italian Grand Prix has 450 million followers and quite a few of them come to Mugello! In social media the Mugello Circuit has 300.000 followers on Facebook and 100.000 on Twitter. If you want to rent the circuit for your own private use you should be ready to invest 30.000 €/day. Who cares, in Mugello everybody can be number one! Something very strange happened after the Mugello visit. After having a short mentoring session reflecting our past days, we had a full 30 minutes of our own time! Relaxing in a shower, chancing clothes and then we all were ready for the last part of our program; A visit to Macario-Baj and the Trebbio Castle. Our host Alberto told us that the oldest part of the castle was built in 1160 by the Pazzi family.

The Pazzi family was one of the successful bankers during the renaissance. At the time 75% of the world’s banks were in Florence i.e. 78 banks. The most successful banker was Medici. With the blessing from the Pope (who owned a lot of money to Medici) Pazzi decided to kill the Medici brothers in 1478. The attempt succeeded only partly – the other brother got killed. After this “unlucky attempt” they were beheaded and the castle as well as all Pazzi’s property was taken over by Medici. Name Pazzi got the meaning of “crazy”. The picture on the right is from 1479 by Leonardo da Vinci of hanged Pazzi conspirator Bernardo di Bandino Baroncelli. At eMBA we do learn our lessons: Do not fool around with bankers. Alberto also told us the more beautiful and very romantic story of the current owner’s father and his wife.

Current owner Enrico Giovanni Baj Macario bought the ruins of eMBA 2015 Toscana Italy 5/5 Olli Manner / – 20.4.2017 the castle in 1999 and begun renovating the facilities and producing wine and extra virgin olive oil. The vision was for high quality products. In addition they have nowadays wine tourism and renting of cottages. The place is very popular for weddings and it is open all year long. According to Alberto Mika Aaltonen, ex-football player, futurist and TSE doctor in economics and Mika Kallio, a Gran Prix motorcycle racer, are regular visitors to Macario-Baj and the Trebbio Castle. The tour of the castle and the cellars was finalized with a small tasting. After the tasting it was time for an excellent “thinking dinner” and one more exercise. Even thought we were not competing, there was hardly any doubt which team got the first prize.