The Nurse Competence Scale (NCS) was developed to assess nurses’ generic competence in different phases of their careers and in a variety of clinical settings. It was developed to overcome competence instruments’ shortcomings in early 2000s, i.e. their lack of a strong theoretical background and rigorous psychometric testing.

The 73-item NCS is a structured questionnaire and comprises seven competence categories. The level of competence is measured with a visual analogue scale (VAS 0-100) and the frequency of the use of competencies with a four-point scale.

The NCS is currently widely used internationally. The scale has been translated into 20 languages and have been used over 30 countries. It has been used for competence level assessments, investigating associated individual and organisational variables and studying the effects of educational interventions. Development and testing was conducted as part of the doctoral thesis of docent Riitta Meretoja. Further research has been done in a long-lasting cooperation with Professor Helena Leino-Kilpi.

See the summary of the development and psychometrics of NCS:

Nurse Competence Scale is currently in use in PROCOMPnurse and COMPEUnurse Research Projects.

From education to work-life project

In this part,  nurse competence, its development and the organizational and individual workhealth factors connected were studied. Target group was especially nurses in the beginning of their career.

See the HUS’s site and the publications by Meretoja.

This part was funded by The Finnish Work Environment Fund.

Currently, the postdoctural study of PhD Mervi Flinkman is continuing in this field. 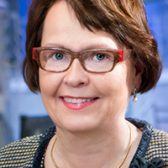