The Archipelago Research Institute participates in multidisciplinary research of the Baltic Sea, with a special focus on the Archipelago Sea. Most research is done in collaboration between several research groups and stakeholders but the staff actively conduct their own research as well. Below you’ll find more information on our long-term environmental monitoring programs, current research projects and publications.

Environmental and at-sea monitoring has been conducted at Seili by ARI, together with several stakeholders, since 1966. Thanks to these long-running programs, ARI nowadays has several data sets that extend back over 50 years. The time series are available for researches for example to study climate-induces environmental changes in the northern Baltic ecosystem.

The aim of the study is to determine the occurence and frequency of the most common tick species (Ixodes ricinus) in Finland. The research identifies ticks favored habitats with associated environmental conditions during summer. In addition, the developmental stages of ticks will be examined with PCR analysis for better identification (bardcoding) of tick types and to identify potential Lyme disease (Borrelia burgdorferi s.l.) and tick-borne encephalitis carriers.

More information about the project here and at Ticks in Southwest Finland -website (in Finnish).

The purpose of the project is to provide information on ecological  and biochemical changes that can be expected in the Baltic Sea pelagic ecosystem if the current sea stagnation continues and/or climate change is progressing to increased precipitation in the Baltic watershed area.

The study is conducted in cooperation with Food Chemistry and Food Development, University of Turku.

Research on the reproductive biology of Baltic herring was started at the Archipelago Research Institute and the Department of Biology in the beginning of the 1980’s. Since that, herring research has continued in the form of several scientific and monitoring projects that have been carried out in the Archipelago Sea area where one of the major herring reproductive areas is situated.

Read more about the projects on the Herring Project’s webpage.

Earlier research projects are listed in the Institute’s collected publications and collected reprints.

Theses provided or contributed by the Institute

Statistics of Seili theses and publications in 1950-2018 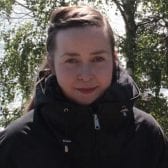