Hydraulic modelling of fluvial events in future hydro-climatological conditions is one of our group’s interests. By combining climate change scenarios with hydrological models, we can predict the future river discharges and use them as boundary conditions in hydraulic modelling. This way we can study the effects of climate change on various fluvial processes such as flooding or river erosion.

Abstract:
We investigate how the predicted changes in climate (2050–2079) will affect the distribution of fluvial forces, flood risk, and hydropower generation, and how enhanced regulation standards (supporting either ecological or recreational values) could affect a seasonally ice-covered, low-relief, regulated coastal river in Finland (Figure 1). We use hydrologically modelled data as input for CFD. In coastal areas, the rising sea level will affect the flow conditions. Our results show that during a typical flood event (MHQ), the erosional power of the flow will decrease in the near future on the study area. Even though the mean flow depth will not increase notably (from 1.14 m to 1.25 m) during a mean high discharge, compared to the control period (1985–2014), the inundated area will expand by 15% (Figure 2). The increasing flood risk may be restrained by enhanced regulation rules: the strategy supporting ecological values will diminish the flood risk more compared to the one supporting recreational values. The ecologically sustainable regulation rules would also enable highest energy production in the future. Based on our study, the demands of environment, society, and hydropower generation are not necessarily contradictory, and presumably, regulation will provide an important adaptive practice in the areas of increasing flood risk in the future. 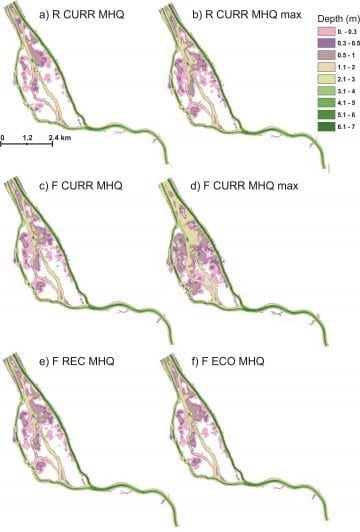 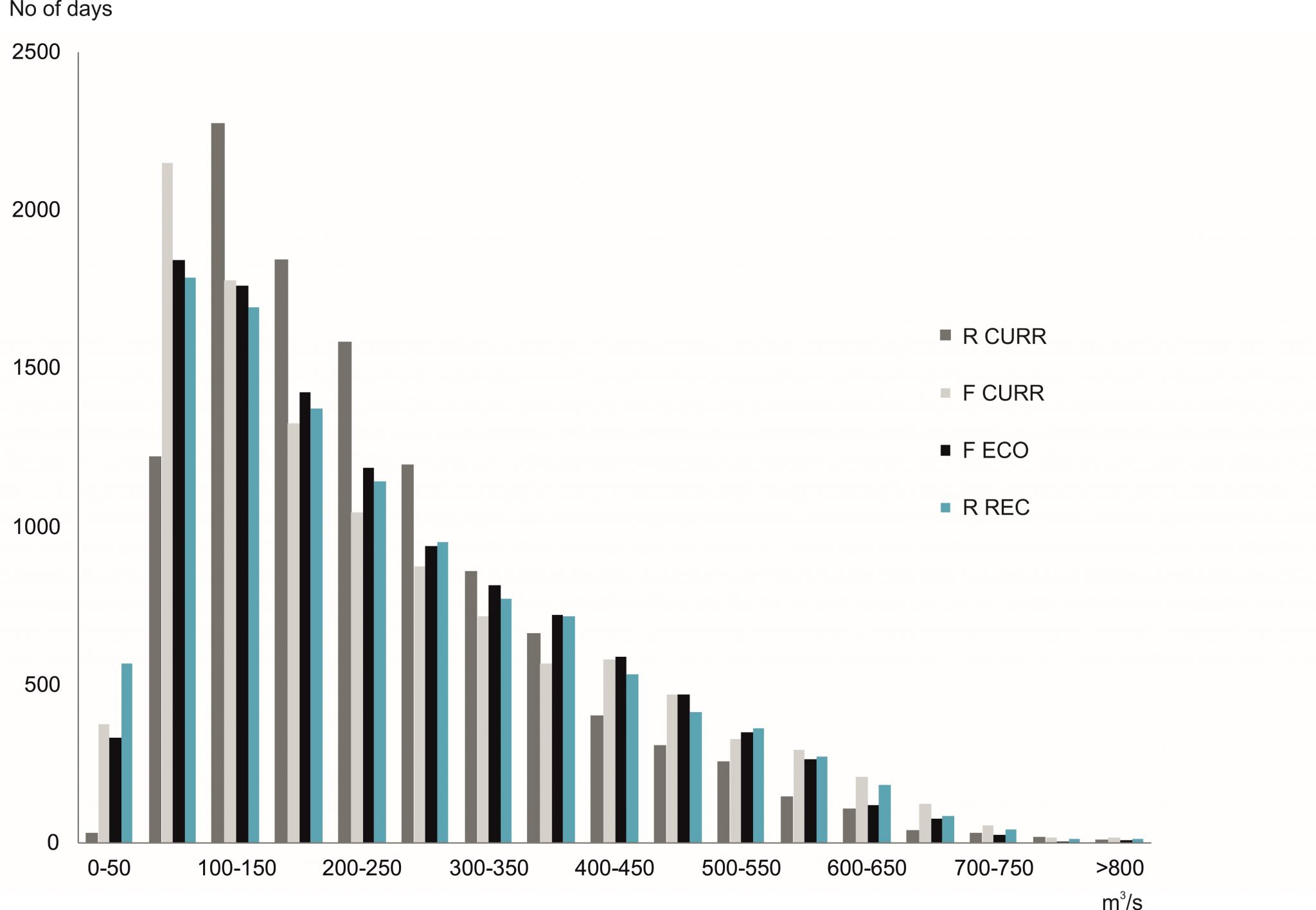 Figure 2. Present (R, years 1985–2014) and future (F, years 2050–2079) distribution of daily discharges (in number of days/year) in Kokemäenjoki river, city of Pori. The future discarges are based on an average climate change scenario and a hydrological model. Enhanced regulation standards, supporting either ecological (ECO) or recreational (REC) values are considered besides the current (CURR) regulation standards. (From Kasvi et al., submitted to Journal of Hydrology).

Abstract:
This paper provides a general overview of changes in flooding caused by climate change in Finland for the periods 2010–2039 and 2070–2099. Changes in flooding were evaluated at 67 sites in Finland with variable sizes of runoff areas using a conceptual hydrological model and 20 climate scenarios from both global and regional climate models with the delta change approach. Floods with a 100-year return period were estimated with frequency analysis using the Gumbel distribution. At four study sites depicting different watershed types and hydrology, the inundation areas of the 100-year floods were simulated with a 2D hydraulic model. The results demonstrate that the impacts of climate change are not uniform within Finland due to regional differences in climatic conditions and watershed properties. In snowmelt-flood dominated areas, annual floods decreased or remained unchanged due to decreasing snow accumulation. On the other hand, increased precipitation resulted in growing floods in major central lakes and their outflow rivers. The changes in flood inundation did not linearly follow the changes in 100-year discharges, due to varying characteristics of river channels and floodplains. The results highlight the importance of comprehensive climatological and hydrological knowledge and the use of several climate scenarios in estimation of climate change impacts on flooding. Generalisations based on only a few case studies, or large scale flood assessments using only a few climate scenarios should be avoided in countries with variable hydrological conditions.