I first heard of FinnBrain two-and-a-half years ago when Anna Aatsinki, a Finnish researcher working there, came to give a seminar at University College Cork in Ireland, where I had just begun my PhD. She spoke all about the birth cohort in Turku and her exciting project there on the gut microbiota. The cohort fascinated me – 4000 mother-child pairs followed longitudinally, as part of a multidisciplinary research project, aimed at uncovering the different pre-, peri- and early post-natal factors that influence brain development – and even though I was only just beginning my own PhD studies, it made me think about my future as a scientist, that maybe someday I could work on such a study. But never would I have thought that two years later I’d be in Turku working with FinnBrain.

But this lay in the future; for now, I had to get back to work. I had finished my BSc in Neuroscience only the year before, and was now a few months into my PhD. I was excited about what the next four years would hold for me and I had a lot to do, because, frankly, I felt I knew nothing. I would be studying a pregnancy disorder called pre-eclampsia, and how it affects the child’s brain development. Pre-eclampsia is a frighteningly common hypertensive disorder pregnancy, meaning it involves very high blood pressure in a pregnant woman, and it affects 10 million mothers worldwide every year. However, it’s not an exclusively maternal condition, and scientists and doctors are starting to recognize that it has an equally important and life-long impact on the development of the baby. Specifically, a child born to a mother with pre-eclampsia has a roughly 30% higher chance of being diagnosed with a neurodevelopmental disorder such as autism spectrum disorder or intellectual disability. The problem is, though, that we don’t know why – it’s a complete mystery what it is about pre-eclampsia that affects a developing brain, so the aim of my PhD would be to run experiments in the lab that can tell us more about the elusive relationship between this maternal disorder and the baby’s brain.

The next two years, though, as everyone knows, didn’t pass normally. Less than a month after Anna’s talk, the university shut its doors in response to the COVID-19 pandemic, and like most institutions in Ireland, stayed closed for almost half a year. Even when the lab reopened, things weren’t the way they used to be – everything worked more slowly than before, from ordering materials I needed in the lab, to arranging meetings and planning experiments. My PhD was severely affected by this, but, nonetheless, I was able to get some good lab work done. By the Autumn of 2021, things were back on track, and I was making progress with my experiments, although we didn’t have a long-term goal in mind for my project. It was then that my supervisors approached me about getting involved in FinnBrain.

Thanks to all the wonderful families volunteering as part of FinnBrain, the scale and scope of their data is staggering – they’ve collected so much data, in fact, that there’s not enough people to analyse it all. With demographic, birth, genetic, neuropsychological and neuroimaging data, the research possibilities are endless, making FinnBrain an incredibly powerful research tool. Almost any question a scientist can think of that involves pregnancy and child brain development can be answered by studying the FinnBrain data, and we had one in mind.

What we wanted to study is the impact of maternal stress or inflammation during pregnancy on the anatomy of the child’s brain; to do this, I will be analysing different blood markers of stress and inflammation and trying to work out their relationship to the structure of the child’s brain from MRI scans. After a number of meetings, the plan was set in stone: I would come to Turku for 1 month, from late April to late May, where I would meet all the FinnBrain people, become acquainted with the dataset, receive training on the analyses I would perform, and get started on this exciting new project.

When I arrived in Turku at the end of April I was given the warmest of welcomes, and treated to a magnificent dinner in a local restaurant. After some meetings about how the project should proceed, we arranged access to the data, and I was provided with a desk in the FinnBrain offices, where, over the next month, I was included in everything and made to feel like a part of the research family that is FinnBrain. I was invited to lunches at 11 o’clock every day, took part in the exercise break on Wednesday afternoons, and regularly went on trips to the sauna, swimming and hiking. The social environment within FinnBrain was very special, and I was always made to feel at home. I even learned some words of Finnish and how to pronounce all the Finnish people’s names (although apparently Irish ones are even trickier!).

Each day I would come into the office, explore the data and do some analyses with it. All the stress was taken out of this by the amazing project managers, data managers and senior scientists in FinnBrain, who provided me with the best of guidance, and if I ever needed some help, they were happy to provide it. After a few weeks, I started to make some progress with the data, and in my last week there, the staff arranged a seminar for all international visiting researchers, where we could present our work. This was especially great, because I got to hear all about the wide range of projects my peers are working on, ranging from the how affective touch influences infant neurodevelopment to how normal patterns of sleep develop in infants. Afterwards, we celebrated the FinnBrain way: with sparkling wine and snacks.

One great thing I noticed about Finnish people is that they have a wonderfully healthy work-life balance. When Finns work, they really work, and when they don’t, they appreciate their time off and dissociate from it all, so even more of my trip was spent exploring than working, I was continually struck by the similarities between Cork, the city where I study in Ireland, and Turku, my new home for the month. They are both second-cities, of roughly similar size; and both are the cultural, historical, and culinary capitals of their country, full of beautiful old historic buildings and markets, bustling with life and spirit from all the festivals they host. I explored the city, and had the time not just to familiarise myself with the streets of Turku, but to get to know its restaurants, cafés, parks and museums – including the University of Turku’s beautiful botanic gardens and zoological museum. One big difference, though, was the weather – I found it hard to believe just how clear and blue the sky was and how seldom it rained; and, being there in May, I watched dead trees and flowerless plants burst to life in only a matter of weeks, the city filling with colour; the days became longer and hotter, and I even got sunburnt. (But then again, I might have a biased view after being there in May, and not November).

And not only did I watch Turku come to life ecologically, but culturally, too: as the weeks went by and the trees grew greener, the streets became busier; there were more and more free public concerts and events; seasonal outdoor restaurants were built in the churchyard terrace; there was a city-wide free museum day; and the Turku Arts Centre had its grand opening. I was especially lucky to be there for the 1st of May, when Finland celebrates labour day as a magnificent public holiday called Vappu. On Vappu, we all went for a traditional picnic in one of the local parks where we told stories, listened to live music and tried traditional Finnish Vappu food under the Spring sun. Another element of Finnish life I grew to love was the sauna and cold swimming, which at one point I was doing every second day, jumping back and forth between 100°C and less than 10°C. I also had a few walks through the Spring forests surrounding Turku, and, at the very end of my trip, spent three days cycling 170 km along one of Finland’s greatest treasures – the beautiful, colourful, and ecologically diverse islands of the Archipelago Sea, containing more islands than any other archipelago in the world.

From the very moment I arrived in Turku, I was made to feel at home. Everybody there was overwhelmingly kind and hospitable, and truly made me feel welcome. I always knew that working with the FinnBrain data would be interesting and intellectually stimulating, but I could never have imagined that my experience there would be so fun. As I return to Ireland, overwhelmed by gratitude for the time I’ve spent in Finland and sad to leave, I will continue to work on this project remotely, analysing the data with regular meetings and discussions about it with the staff in Turku. I have no idea what the outcome of this project will be, but one thing I am certain of is that I’ll find a reason to be back in Finland. 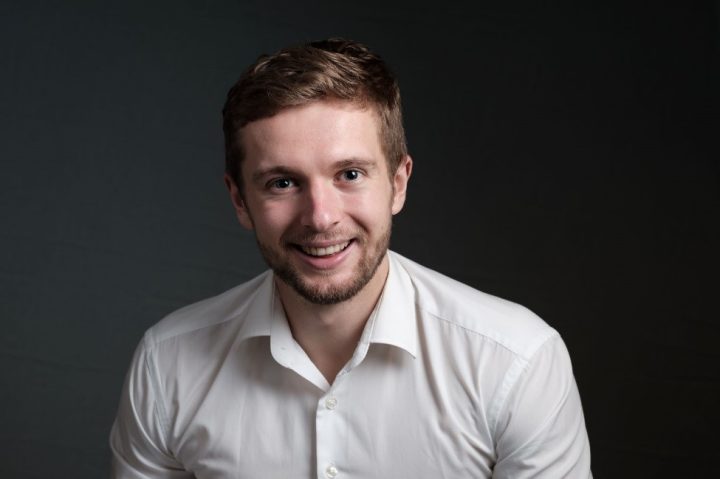