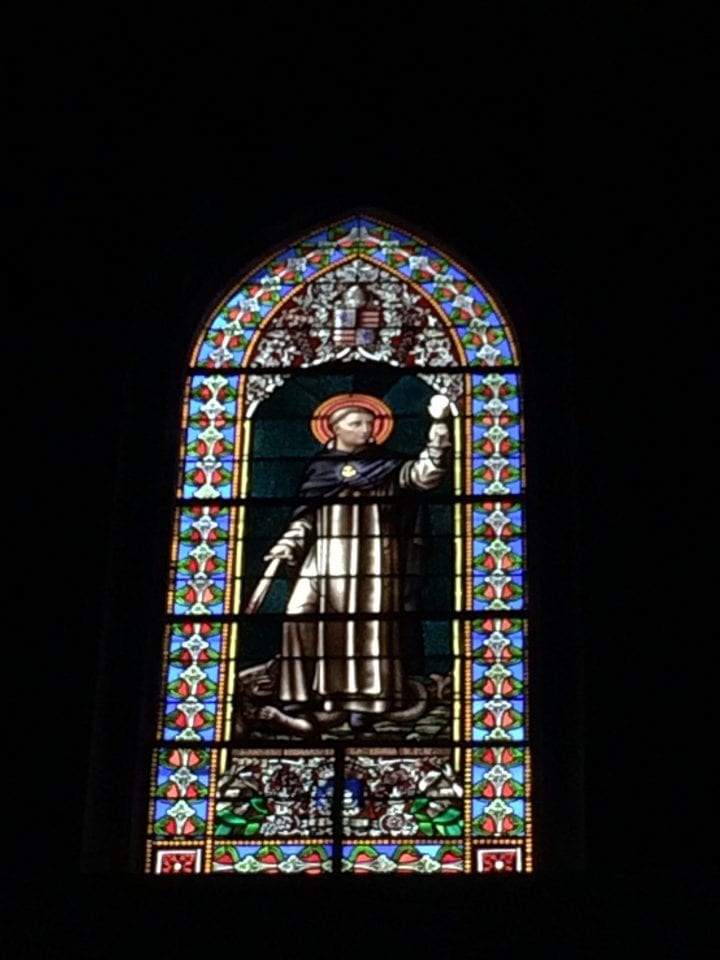 We have several reasons to have a toast today.

From the chronological perspective, the first reason is Thomas Aquinas himself whose feast day is today, 7 March. Pope John XXII canonized Thomas on 18 July 1323. In this occasion, the Pope ordered the feast day, dies natalis (the day when he died and was reborn to the heavenly life), to be celebrated annually on 7 March. It is also true that today Thomas Aquinas is celebrated only in some Italian towns such as Roccasecca and Aquino where Thomas’s memory has special significance. In general, to avoid festivities during the Lent period, Thomas’s feast day was transferred later to 28 January in the catholic calendar. Originally, that day at the end of January was the feast of the transporting of Thomas holy body (translatio) from Italy to France in 1368-69.

The second reason is that my book Thomas Aquinas’s Relics as Focus for Conflict and Cult in the late Middle Ages. Restless Corpse is out after several years of grind! The idea explores the cult of Thomas’s relics came into being when the first time I came across a manuscript which contains hagiographical texts on Thomas in the Vatican Library. It also contains an amazing story of Thomas‘s ‘restless corpse’ in a Cistercian abbey of Fossanova, the Fondi Castle and finally on its way from southern Lazio to southern France. Over the last few years, my personal ‘discovery’ has also developed into a bigger research and art project, in which we have studied the liturgical chants of both Thomas’s medieval feast day Offices and we have performed and recorded a part of the chants (collaborating with Vox Silentii). Actually, this Ossa gloriosa web page is to a great extent a fruit of the project. Thus, the publishing of the book which I have always named familiarly as the Restless corpse, is a sort of conclusion to one chapter but there will be others, believe me! With the book, the liturgy project and Ossa gloriosa web page I hope we will throw out one firmly fixed generalization I have heard plenty of times regarding Thomas Aquinas: indeed he was not only a philosopher/theologian as usually claimed, but actually a rather popular saint, first after his death in southern Italy and especially from the end of the fourteenth century onwards in France and on the whole Italian peninsula.