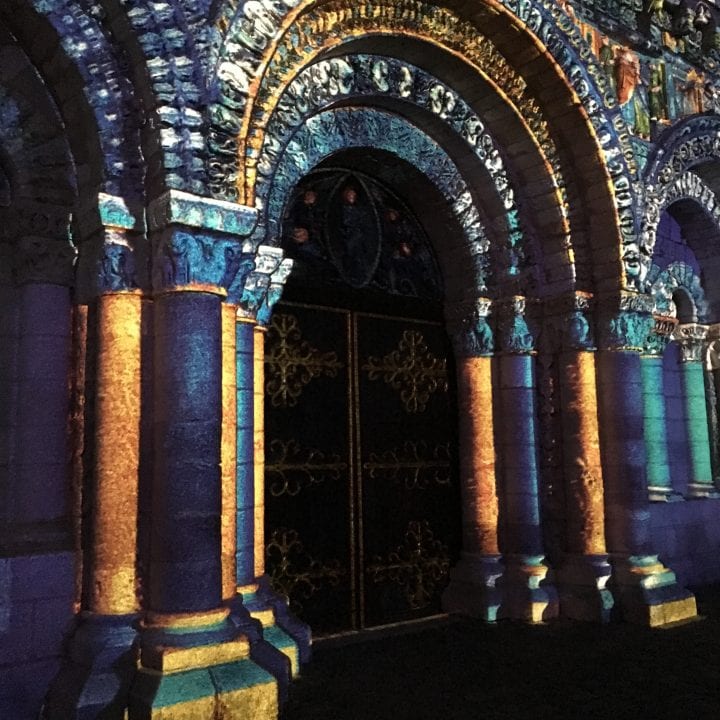 Poitiers is a historically remarkable town of 80 000 inhabitants in Western Central France. The first thing a newcomer realizes from taxi window is the number of churches and cathedrals in the ancient city center. There are churches wherever you have a look at: bigger and smaller, from different periods of time.

Ensemble Vox Silentii had a chance to sing chants of Thomas Aquinas’s liturgies in two of these churches: Eglise de Saint Porchaire and Cathedrale de Saint Pierre. The concerts were part of scientific seminar Space and Sanctity organised by Marika Räsänen and Eric Palazzo in Poitiers on the 20th and 21st of May.

In the Matinee Concert in Saint Porchaire we hade an actively listening and sympathic audience. The sound of the Church was beautiful and brought joy also for the regular churchgoers of Saint Porchaire. The program consisted of Thomas Aquinas’s Memorial Liturgy with two chants of the Liturgy of Translation.

The Night Concert in the Cathedral was an exciting experience – a very positive one. La Nuit de la Cathedrale was on event with presentations, preaching, praying, and music to celebrate the newly renovated frescos of the Cathedral. The audience was devoted and motivated even if it was not until 23.15 that we begun with our concert in the choir in which the brown wooden walls protected the listeners from other auditive effects of the Cathedral.

It was a fascinating experience to sing in a very big and literally spacious space. The acoustics was marvellous: even whole words were ”repeated” by the stonewalls. The feedback we got after the concert was extremely delightful. One lady said she had never heard her very familiar church ”sing” the way it did that night. The program consisted of the Liturgy of Translation of Thomas Aquinas.

The atmosphere of the event Space and Sanctity was warm and interactive. Marika and Eric had organised a great platform for interaction, sharing and new ideas. We heard impressive presentations on, for example, the connections between voice and movement, senses in mediaeval understanding and perspectives of visual arts. Constant, Laura, Cecile, Eric, Marika, Teemu, and Seppo had prepared interesting presentations from different points of view. The city of Poitiers showed its beautiful spring face and the French chefs de cuisine offered us some unforgettable gastronomic experiences.