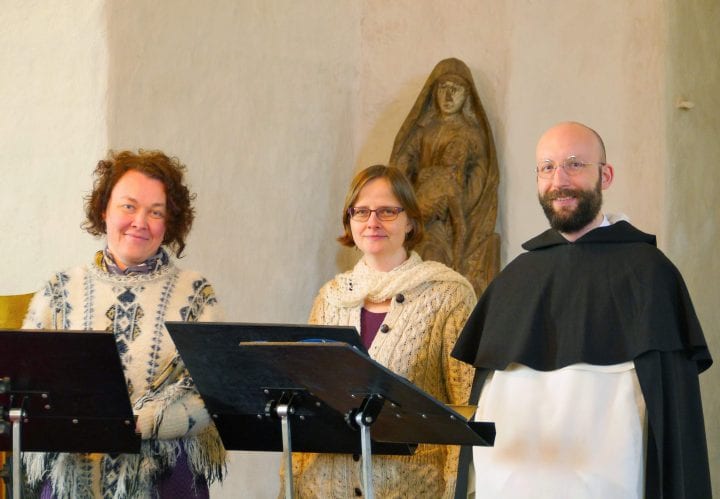 Finally came the joyful time for us in Naantali church: we recorded the chants of the feast days of Thomas Aquinas from the 14th century!  All together we recorded 26 chants and one lesson.

We are happy to have been able to record the chants in this historical place of continuous prayer.

The difficulty in chanting this CD was in the process of choosing which chants to record from the two feast days.  We tried to select a balanced entity with both longer great responsories and shorter antiphons, which would all proceed in modal order and carry the logical story of the saint’s life as a saint.

We are truly honored to have with us chanting on this coming CD, Felix Thomas lumen mundi, brother Marie-Augustin o.p.

Other photos by Hili – The microphones, Naantali church from the sea and ”the silent water” on the first day of recordings, reminding us how St. Birgitta wanted her monastery to be situated close to a silent water.