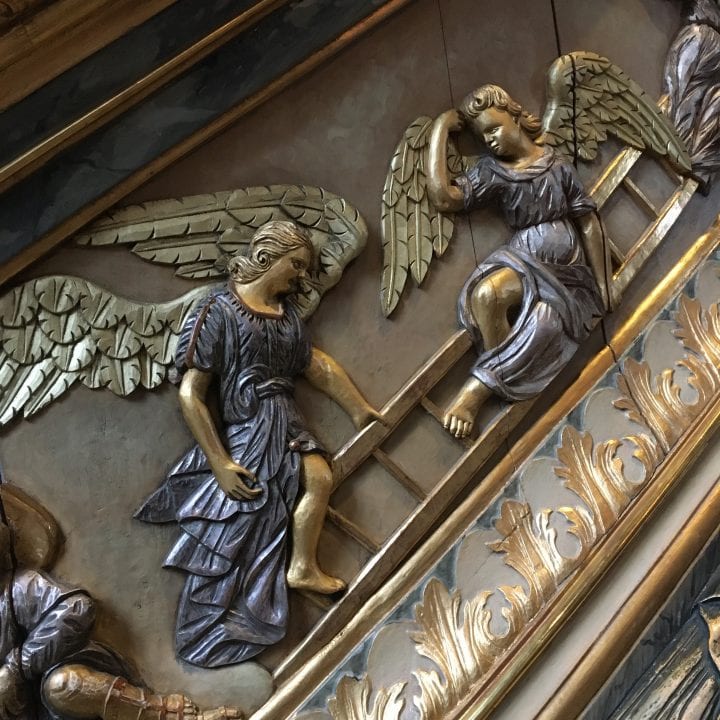 Our first concert church was Temple Neuf on 17th May 2016 in Strasbourg. We were warmly welcomed by the Lutheran minister of the church, Rudi Popp. The Lutheran church is built on the place where there has been a Dominican monastery.

In medieval times Turku diocese in Finland was run by the Dominicans. So in that way, when we were chanting together with brother Marie-Augustin op, we were renewing  and old bond between today and medieval times in these two cultures.

In Colmar on 18th of May 2016 we were first studying the manuscripts in the Colmar library. Thank you director Fabienne Chagrot for this opportunity! The library is in the buildings where there has been a Dominican brothers’ monastery. The garden was full of birdsong.

It is impossible for us to look at the manuscripts and not sing them. Moving from the library through the Dominican sisters’ gardens and medieval art exhibition (including masterpieces of Mathias Grünewald and Lucas Cranach) to the Dominican church with the chants in the eyes and body and heart felt like carrying them inside of us out of the time.

Every church has their own nature in the sound, own memory of the chants and a response of the echo from the walls of the church and the bodies of attending people. Colmar Dominican church was truly welcoming the old chants. They were sung before our time, and hopefully they are going to be sung long after us. It felt like a blessing to chant songs, which have their own history in the history of the listeners.